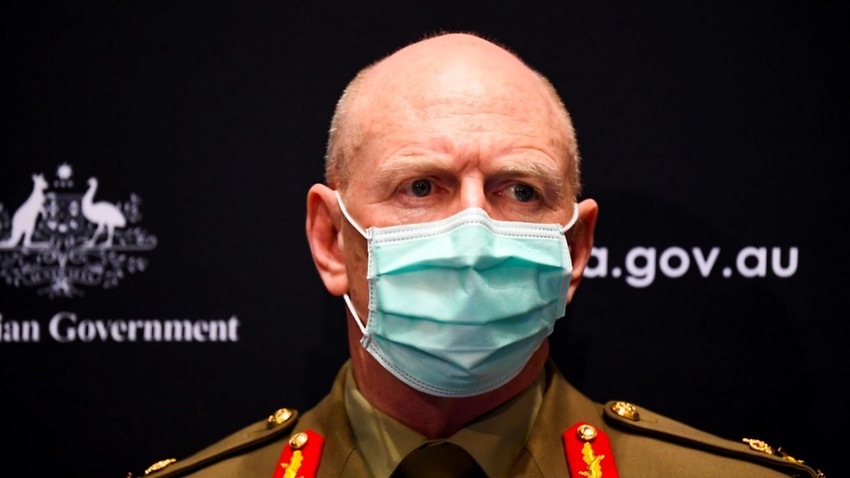 Within months, Australians in some parts of the country will be able to get COVID-19 vaccinations at drive- through clinics, or at work.

Details of the plan were released on Tuesday, along with detailed modelling from the Doherty Institute about vaccination targets that need to be met in order to reduce restrictions - in particular, lockdowns.

Read More
Young Australians should be next priority in the vaccine rollout, key Doherty modelling shows

The document also argues against direct financial incentives to get vaccinated, despite Labor Leader Anthony Albanese’s suggestion that everyone who gets immunised should receive a $300 cash payment.

It said previous research has found “financial incentives are unlikely to drive whole-scale vaccine uptake” but it does suggest gift vouchers and prize drawers led by business and industry could help.

The campaign plan is being run by Lieutenant General John Frewen, and outlines a plan to offer everyone the chance of a vaccine before Christmas.

“The goal of the Taskforce is to ensure as many Australians are vaccinated as early as possible,” he wrote in the document's foreword.

“This Campaign Plan shows how vaccines will be made available to all eligible people in Australia by the end of this year.”

According to the plan, over 30s could be offered Pfizer in September, while the 16 to 30 year old cohort could get Pfizer approval the following month.