A new advertisement from organ donation advocacy group Donate Life America which was released earlier this month has become a viral success, receiving over 1.1 million hits within its first few days.

With the voice-over narration provided by 'Arrested Development' actor Will Arnett, the video begins, "Coleman, in short, was an asshole ..."

The three minute video shows Sweeney as anything but a nice person - stealing women's underwear from the laundromat, honking at senior citizens clutching at Zimmer frames struggling to cross the road, and shooting small animals with a paintball gun.

But then Sweeney dies of a sudden brain aneurysm.

When his wallet is opened, the audience discovers he's an organ donor.

"And that was the day," the voice-over adds, "when Coleman went from asshole to hero."

Sweeney's organs and tissues help save a father of two, a primary school teacher who goes on to teach for 25 years, and a man who could walk again thanks to Sweeney's tendons.

The video was created by advertising firm The Martin Agency in Richmond, Virginia.

Wade Alger, the agency's group creative director, told AdWeek about the genesis of the campaign.

‘You could live your entire life as an asshole, but if you did one good thing, make that one good thing donating your organs when you’re no longer with us," he said.

Donate Life's Australia branch told SBS the video was produced "to engage American ‘millennials’ and encourage registration of donation decisions" - a campaign they are hopeful will be effective.

"Globally we are seeing a range of creative approaches to engage more people to register and discuss donation decisions. Such initiatives contribute to achieving awareness and support for this important health issue," they told SBS. 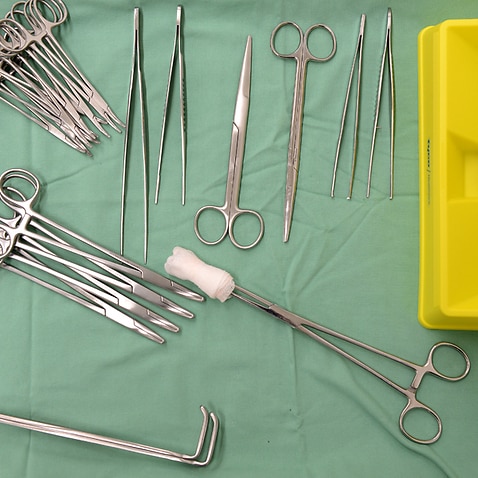