LGBTI people are using social media to try to draw attention to the homophobic motive behind the Orlando nightclub shooting, with the frustration spilling through into mainstream media.

Members of the LGBTI community are using Twitter to highlight the homophobic motive behind an attack at an Orlando gay bar that left 50 people dead and 53 injured.

They have spoken out against reporting of the incident which they say has glossed over the fact that only LGBTI people were targeted. 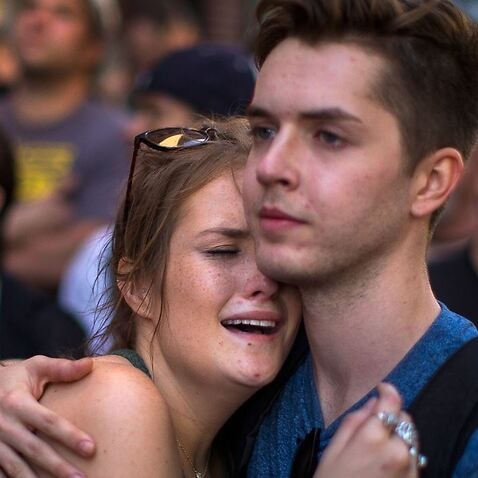 A recent history of attacks against LGBTI people

this can be terrorism and also a homophobic attack. it was a gay bar. gay people were targeted. it is relevant.

Don't tell women, POC & LGBTQ+ to "stay safe". We have no choice in our safety. Find the hateful people & tell them to stop killing us.

gay person: *gets hit by a car*
straight person: *thinks how can i make this about myself* omg well the car could have hit me :/

The comments come as gay Guardian journalist Owen Jones has walked off a Sky News set in England in frustration over the debate surrounding the attack.

Jones became increasingly frustrated as host Mark Longhurst and fellow panelist, talk radio presenter, Julia Hartley-Brewer, tried to draw parallels between the Orlando shooting and the Paris attacks against people out enjoying themselves in the French capital.

A terrorist attack AND a gay hate crime. Both. It's possible and it happened #Orlando

The worst mass shooting in US history was a homophobic attack on a gay club hosting a Latinx themed event. That matters.

Anti-gay bigots trying to use tragedy to drum up anti-Muslim xenophobia: WE SEE YOU. YOU AIN'T FOOLIN' NOBODY.

"This person is a homophobic terrorist, whatever else he is, presumably he's got some twisted view of Islamic fundamentalism, even though he's just a knuckle-dragging thug and bigot, at the end of the day this was a homophobic hate crime as well as terrorism," he said.

"This is one of the worst atrocities against LGBT people for generations.

"This guy, however he might dress up his bigotry and hatred, is someone who hates gays, he hates LGBT people, and he had a gun, and - because of America's gun laws - he used that to murder LGBT people."

Host Mr Longhurst then cut into his comments saying, "it's something that's committed against human beings, isn't it?"

"What I'm saying is this has to be called out for what it is - it was an intentional attack on LGBT people," he said as Mr Longhurst again cut across saying "this was an attack on people enjoying themselves as Bataclan was".

"What are you talking about?" Jones said.

"This was a deliberate attack on LGBT people in an LGBT venue, it was a homophobic terrorist attack - do you not understand that?"

Becoming increasingly frustrated as the segment went on, Jones continued to try and explain his point of view, eventually storming off the set.

Politicians have also come under fire for failing to specify that the attack was against the LGBTI community in their expressions of sympathy for the people of Orlando.

Prime Minister Malcolm Turnbull was one of those criticised for his comments.

All Australians stand with the people of the United States today, against terror and against hate. https://t.co/iu0mAssKqb

He later issued a new statement that included a reference to the "gay community".

@rhettrospective there is a new statement out FYI and he spoke about it at the presser pic.twitter.com/60Da3eyFW7

Greens leader Richard Di Natale also reissued his statement in relation to the attacks in order to include reference to the "LGBTI community".

Meanwhile presumptive Democratic presidential nominee Hillary Clinton tweeted her support for the LGBTI community while her Republican opposite, Donald Trump, copped flack for reiterating the need to ban Muslims from the US.

"To the LGBT community: please know that you have millions of allies across our country. I am one of them.” —Hillary https://t.co/MmaGjrSufr

Award-winning creator of the musical Hamilton and theatre star Lin-Manuel Miranda used a speech at the Tony's to support the people of Orlando.

The Tony Awards went ahead as planned on Sunday night but it was dedicated to the victims.

Miranda was accepting his award for best score as he fought back tears to read out a moving sonnet he had penned in light of the attack.

"We chase the melodies that seem to find us, until they’re finished songs and start to play, when senseless acts of tragedy remind us, that nothing here is promised, not one day," he said.

"My wife’s the reason anything gets done
She nudges me towards promise by degrees
She is a perfect symphony of one
Our son is her most beautiful reprise.
We chase the melodies that seem to find us
Until they’re finished songs and start to play
When senseless acts of tragedy remind us
That nothing here is promised, not one day.
This show is proof that history remembers
We lived through times when hate and fear seemed stronger;
We rise and fall and light from dying embers, remembrances that hope and love last longer
And love is love is love is love is love is love is love is love cannot be killed or swept aside.
I sing Vanessa’s symphony, Eliza tells her story
Now fill the world with music, love and pride. Orlando shooter a mentally ill homophobe and wife beater, but not religious, say friends and family