Australia's largest proposed coal mine has been given another green light, but conservationists are seething at what the government claims is "possibly the most exhaustive environmental assessment" in the country's history.

The $16.5 billion Carmichael coal mine, slated for Queensland's Galilee Basin, and its associated rail link were again approved by federal Environment Minister Greg Hunt in Thursday.

The plans, by Indian mining giant Adani, hit a speed bump in August when the Federal Court set aside Mr Hunt's previous approval because the government conceded it had made a technical error. Mr Hunt said he was imposing 36 of the strictest conditions in Australian environmental history.

While the number of conditions is similar to the previous approval, Mr Hunt said extra elements had been added.

The conditions included the protection of 31,000 hectares of habitat for the endangered black-throated finch - a key aspect of this year's legal challenge to the plans - and that $1m be spent on conservation research.

"I have the power to suspend or revoke the approval and strict penalties apply if there is a breach of the strict conditions," Mr Hunt said.

The impact on the Doongmabulla Springs - which also featured prominently in the legal challenge - would be restricted to a draw-down of 20cm, Mr Hunt said.

But the Mackay Conservation Group, which launched a January legal challenge to the approvals, said the minister was ignoring new evidence. 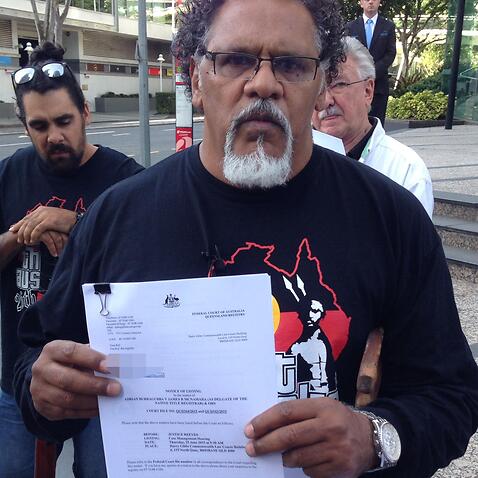 "The black-throated finch will most likely be pushed to extinction if this mine goes ahead," spokeswoman Ellen Roberts said.

Traditional owners the Wangan Jagalingou denounced the decision as "a travesty".

"We will keep fighting for our rights and our culture until this project dies and becomes an ugly memory," spokesman Adrian Burragubba said.

Adani said the project was at the centre of their plan to build a long-term future in Queensland, and stressed concerns around threatened species had been adequately addressed.

The tick-off came as little surprise to the Queensland Resources Council, which condemned the green lobby's "exploitation" of a legal loophole.

"The activists' delaying tactics are preventing the creation of jobs and the financial benefits that flow into regional communities," Chief Executive Michael Roche said.

The Queensland government also labelled it a significant milestone for a project that offered jobs, economic development benefits and potential royalty income. But the approval was lambasted as "grossly irresponsible" by the Australian Conservation Foundation.

The mine could deplete 297 billion litres of groundwater and produce 128 million tonnes of carbon dioxide every year, said ACF president Geoff Cousins.

"This huge new coal mine will make the effort to combat climate change all the more difficult," he said.

The Australian Marine Conservation Society feared for the health of the Great Barrier Reef due to increased dredging and shipping.

Adani predicted remaining approvals would be swift, paving the way to deliver 10,000 direct and indirect jobs, and inject $22 billion in taxes and royalties back into the local economy.