Advocacy groups threaten legal action in what they describe as a ‘violation of human rights’.

Authorities in Turkey have been reclaiming the buildings in the country’s southeast, from the Assyrian community, also known as Syriacs.

Around 50 Assyrian church properties have been seized by officials.

The Assyrian Confederation of Europe has slammed the move, calling it “a grave violation of the human and cultural rights of one of Turkey’s most exposed and vulnerable indigenous nations."

It has called on Turkey’s government to introduce measures excluding Assyrian religious properties from municipal reforms.

The organisation has threatened to take the case to the European Court of Human Rights if nothing is done.

Read our statement re confiscation of Assyrian church properties in Turkey. We are working to reverse the decision of Turkish authorities pic.twitter.com/c2aHENsgkJ

The redesignation of the city of Mardin as a “greater municipality” saw nearby villages lose their legal status, Turkish parliamentarian Erol Dora, who is also a Syriac, told the Al-Monitor website.

A liquidation committee was then set up to redistribute the properties, which according to Mr Dora included houses of worship, cemeteries and other religious buildings.

An appeal by the church was rejected in May.

“They are our history and what sustains our culture,” Mr Ergun said.

“Our existence relies on them”.

Deputy secretary general of the Assyrian Universal Alliance, Hermiz Shahen, said it’s one of a series of steps by the Turkish government designed to force Assyrians out of the country.

He said Turkish citizens living overseas want the option to visit Turkey, and “have in their minds that they will go back and live there."

“But by doing these things it’s putting an end to this, this is only a dream, they will never have that opportunity to go back to their own homeland." Turkey’s Religious Affairs Directorate, the Diyanet, has reportedly been given control of the structures.

Mr Shahen said news of a possible cancellation of this order to reloate these properties provides little comfort.

“Still they insist that the deeds of these properties have to be registered with the Treasury," he said.

“The threat is if it’s registered under the Treasury then it becomes property of the Turkish authorities and they can easily confiscate it at any time”.

Turkey’s Christian community has shrunk to around 0.3 per cent of its population, with many people moving to more liberal European countries.

The Assyrian Confederation of Europe has called on the country to bring in measures to “protect the rights of minorities and shield them from sweeping reforms and decisions that would threaten their very presence in Turkey”.

There has been rising criticism of Turkish President Recep Tayyip Erdogan over accusations he is steering the country toward increasing Islamisation and undermining of the secular principles set up by Mustafa Kemal Ataturk, the founder of modern Turkey.

An April referendum saw voters approve an expansion of Mr Erdogan’s powers, giving him the right to appoint ministers, among other abilities.

Assyrian Universal Alliance spokesman Hermiz Shahen says the solution needs to be an international one.

He said without global intervention incidents such as this will keep happening.

“The Australian government and world governments [must] condemn such actions and violations to human rights and pressure Turkey to abide by the international treaty and provide protection and a better standard of living and freedom of worship for these non-Muslim minorities, whether they are Christian, Yazidi or other religions living in the country”. 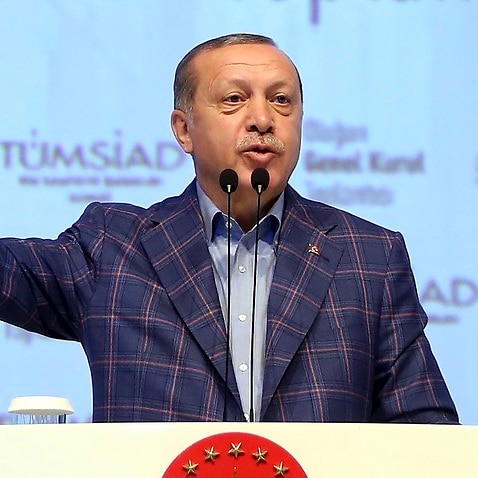