A new report has found seven of Australia's major universities are depending on foreign students for their financial survival - a position leaving them vulnerable to political, reputational and financial international changes, it claims.

At least seven of Australia's major universities rely heavily on Chinese international students for revenue and that is putting the institutions at risk of financial collapse, a new report from libertarian think tank the Centre for Independent Studies has claimed.

According to the report, released on Wednesday, the financial risk of the universities' reliance on China ran into the hundreds of millions of dollars annually, with Chinese student course fees accounting for between 13 and 23 per cent of their total revenues. The author of the report, Salvatore Babones, told SBS News the problem wasn't that the students were Chinese, but that "there is so many of them". The report found that approximately 10 per cent of all students currently at an Australian university come from China, compared to international students more broadly, which account for 25 per cent.

"At the University of Sydney, for example, Chinese students make up one out of every 10 students. That's just an extraordinary number to have at one university," Dr Babones said. 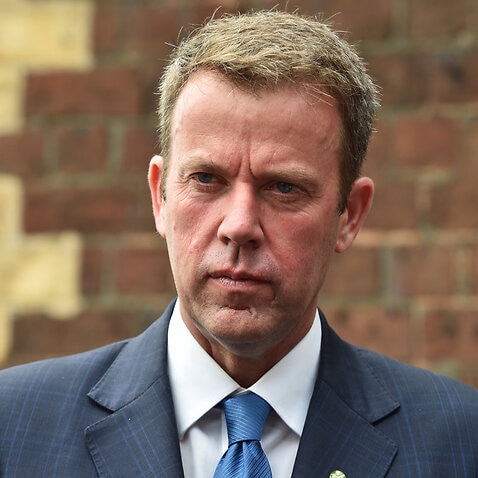 He said the risk, was simply, that these large numbers of students could leave on mass, for political, reputational or financial reasons.

"We see the trade war going on now between the US and China that puts severe pressure on China's economy and China's currency. That could blowback in the face of Australian universities in a sudden withdrawal of Chinese students," he said. 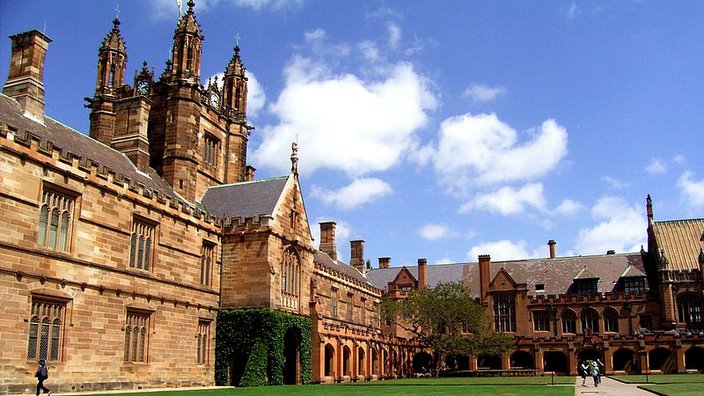 According to the report, the University of Sydney generated more than half a billion dollars from Chinese student course fees in 2017.
wikimedia commons

"The problem is that Australian universities have made a long term bet that their international student numbers will continue to rise forever."

Recently, Chinese students have been in the spotlight after the tensions in Hong Kong spilled onto Australian campuses.

Conflicting views around Hong Kong and Chinese national identity came to a head at the University of Queensland last month, when a peaceful Hong Kong solidarity protest was met with a counter-protest led by students from mainland China and things turned violent.

Since the clash, students disclosed fearing that their political behavior in Australia will be documented and sent to the Chinese government. University of Queensland students from Hong Kong have built a solidarity ‘Lennon Wall’ - a collaged display of support messages to the protesters in Hong Kong.
The Feed

But it's financial reasons that Dr Babones believes would be the most likely to affect Chinese student enrolments in Australia.

"China has experienced 40 years of continual economic growth," he said. "But that is coming to an end."

"If the Chinese Yuan was to suddenly collapse in value, which is very possible with the current Trump trade-war going on, that could double or triple the cost of an Australian education for a Chinese family."

"By building it up over 50 years, we've enhanced the quality of education for local, domestic and international students," its chief executive Catriona Jackson said. 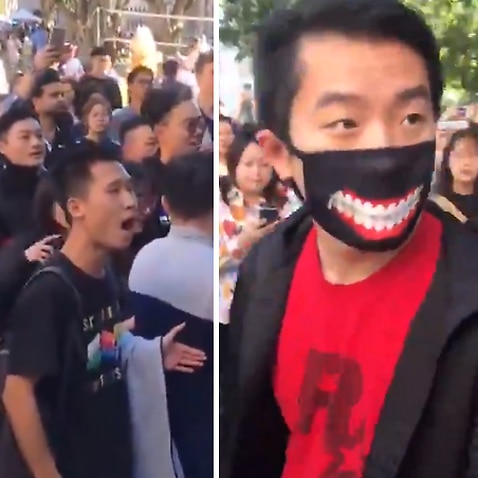 "We’ve already seen an increase in students from the USA and Canada and we’re working to increase the number of our students from India and Southeast Asia."

Meanwhile, a University of Queensland spokesperson told SBS News they were focused on recruiting students from emerging markets, such as India, Indonesia, and Latin America.

"While other universities are more highly geared to China and to international students in general, UQ acknowledges the importance of diversifying the mix of international source countries," they said. Dr Babones said all universities are currently seeking to expand into the Indian market, but that India is "too poor" to serve as a replacement if Chinese students were to leave.

"My estimate that there are about one-eighth as many families in India that can afford an Australian university education as there are families in China. The numbers just aren't there in India," he said.

Andrew Norton, the higher education program director at the Grattan Institute, agreed that universities were trying to diversify their international student intake, but China was still essential. "Even though they are taking students from other countries, if they want that extra money China is necessary." “They [universities] should act now to mitigate the risk of a sudden revenue collapse by raising admissions standards and reducing international student enrolments," Dr Babones said.