Police believe that the series of bomb threats received at several Australian schools since Friday is the work of overseas hackers.

Dozens of schools in NSW, Canberra, Victoria and Queensland have received the same automated phone message warning of a device on school grounds.

NSW police confirmed the threats appear to come from overseas with no credible evidence they could be carried out here.

"There is no evidence these are anything other than hoaxes designed to cause unnecessary disruption and inconvenience ... The purpose and exact source of the threats remains unknown,” the police spokesman said. 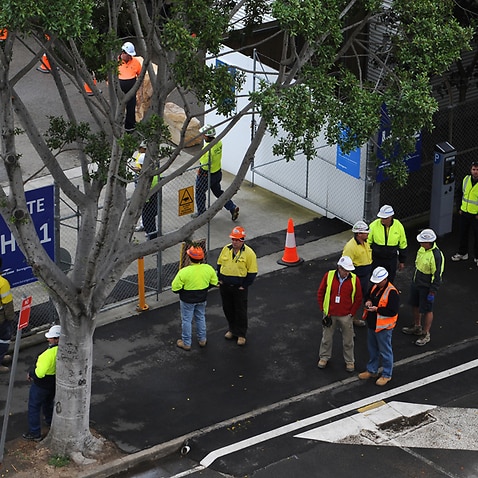 The phone messages contain no political, religious or ideological references that might link them to a particular terrorist group.

Security expert Luke Percy-Dove, Director of Matryx Security Consulting, said from what has been reported, the threats don't appear to be genuine.

"Even while the people initiating them are clearly well organised just through the level of disruption they're creating, the threat doesn't seem to be more than disruptive at this stage," he said.

"Considering the local environment and [national] threat levels, the schools have to take these sorts of things very seriously." Mr Percy-Dove, who does security consultancy with several Victorian schools, said telephone bomb threats are common because they're easy to do.

"You can jump on a phone anywhere and make a bomb threat. In terms of finding the details of the school... Everything’s online," he said.

"I would say [to parents] people should have a lot of confidence in the police."