Pacific Island nations have expressed disappointment and dismay at President Donald Trump’s decision to withdraw the United States from the Paris climate agreement.

Fijian Prime Minister and incoming COP23 president Frank Bainimarama has expressed his disappointment in President Donald Trump’s decision to withdraw the United States from the Paris Agreement on climate change.

Small island nations like those in the South Pacific are on the frontline of climate change, susceptible to more frequent extreme weather events like cyclones, and in danger of being swamped by rising sea levels as polar ice caps melt.

“The decision by the Trump Administration to withdraw from the Paris Agreement on climate change is deeply disappointing, especially for the citizens of vulnerable nations throughout the world,” Mr Bainimarama said in a statement. 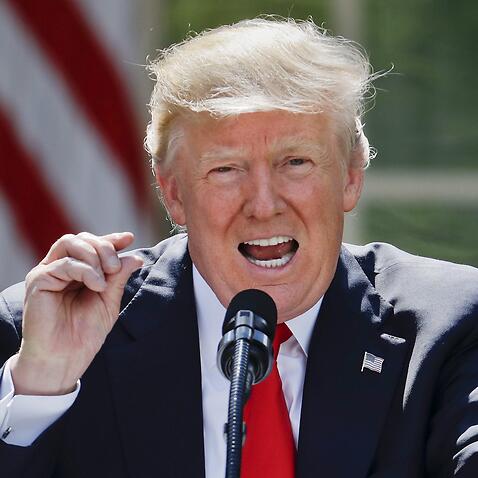 Trump confirms US withdrawal from 'unfair' Paris climate accord

Mr Bainimarama, who will chair the United Nations COP23 climate change conference in Bonn, Germany, later this year, said the rest of the world remained fully committed to the agreement.

“As incoming President of COP23, I did what I could – along with many leaders around the world – to try to persuade President Trump to remain standing shoulder-to-shoulder with us as, together, we tackle the greatest challenge our planet has ever faced,” he said.

The decision by the Trump Administration to withdraw from Paris Agreement on climate change is deeply disappointing https://t.co/QbJ2rDjGQW

Other Pacific Island states and territories expressed dismay at Mr Trump’s decision to pull out of the Paris accord, which he has long said was a dumb deal that put the US at a disadvantage.

"I think this is a very destructive, obstructive statement from a leader of perhaps the biggest polluter on earth and we are very disappointed as a small island country already suffering the effects of climate change,” Tuvalu’s Prime Minister Enele Sopoaga told Radio New Zealand.

The Republic of the Marshall Islands, an independent country in free association with the US, also voiced its concern.

“Today’s decision is not only highly disappointing, but also highly concerning for those of us that live on the frontline of climate change,” President Hilda Heine said in a statement.

Today's decision is disappointing & confusing for those that support US leadership. Our own commitment to #ParisAgreement will never waiver.

Small island developing nations are the most vulnerable to the impacts of climate change but often the least equipped to deal with it given their small economies.

Villages have been relocated in Fiji and the Solomon Islands, while nations like Kiribati and Tuvalu are seeing greater storm surges and saltwater intrusion into limited groundwater supplies.

The US withdrawal was a grave disappointment not just for vulnerable nations, but citizens of New York, Miami and California who were threatened by flooding, droughts and wildfire, Mr Bainimarama said.