The Queen was not told about Sir John Kerr's final decision to dismiss Gough Whitlam in 1975.

Sir John Kerr did not tell the Queen of his intention to dismiss then-prime minister Gough Whitlam before the historic decision on 11 November, 1975.

The National Archives of Australia on Tuesday released about 200 letters between the former governor-general and the Queen about the dismissal of the Whitlam government. 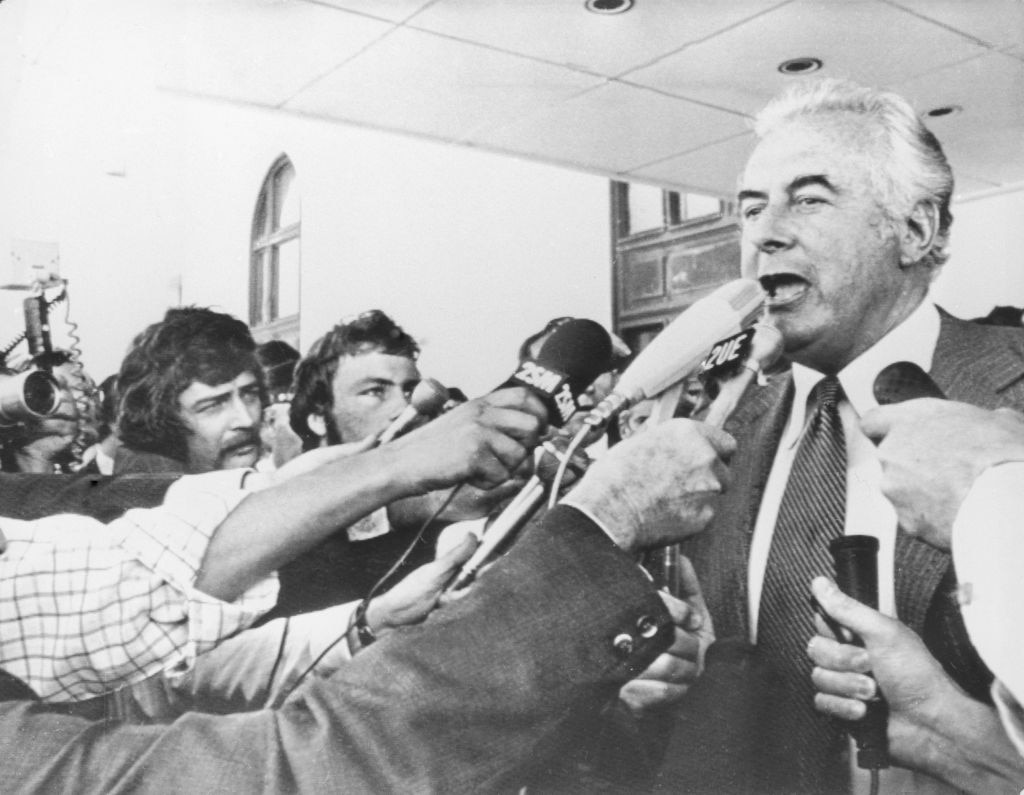 During Australia's constitutional crisis of 1975, Gough Whitlam addresses reporters outside the Parliament building in Canberra
Getty

In a letter to the Queen after he sacked Mr Whitlam, Sir John wrote: "I should say I decided to take the step I took without informing the palace in advance because, under the constitution, the responsibility is mine".

"I was of the opinion it was better for Her Majesty not to know in advance, though it is of course my duty to tell her immediately."

The letter included three attachments: the dismissal letter to Mr Whitlam, a legal opinion from the then chief justice Sir Garfield Barwick, and a letter from the then opposition leader Malcolm Fraser. However, other letters show Sir John discussed the possibility of dismissing Mr Whitlam in the months preceding the event.

Archives director-general David Fricker detailed to reporters at a briefing in Canberra a letter from Sir John to the Queen dated 12 September, 1975.

"I'm also keeping my mind open as to the constitutional issues. If the prime minister and the leader of the opposition get into a battle in which the Senate has defeated the budget, the prime minister refuses to recommend a dissolution, my role will need some careful thought," Sir John wrote. 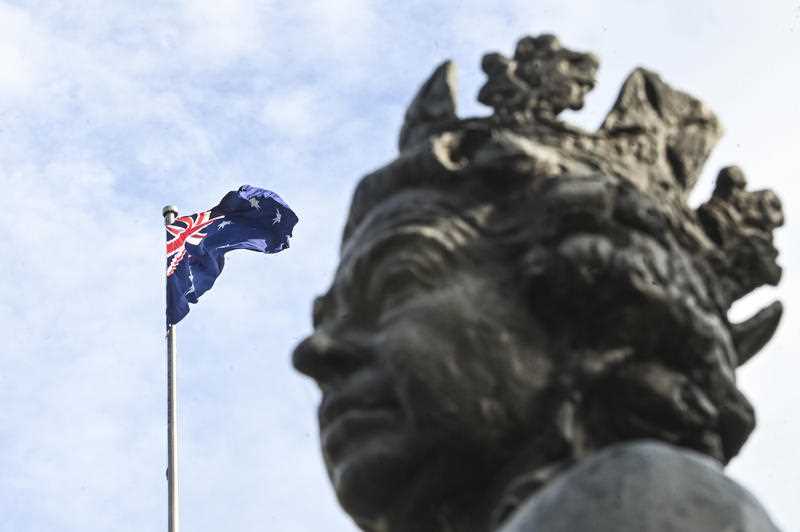 The Australian flag flies next to a statue of her Majesty the Queen Elizabeth II at Parliament House in Canberra, Monday, July 13, 2020.
AAP

The Queen's secretary Sir Martin Charteris wrote back to Sir John referring to the practice that if a parliament refused supply - legislation allowing money to pay for government - it was constitutionally proper to grant a dissolution of the parliament.

Sir Martin later wrote back to Sir John, a week before the dismissal, acknowledging he had "reserve powers".

"With great respect, I think you are playing the vice-regal hand with skill and wisdom. Your interest in the situation has been demonstrated, and so has your impartiality.

"The fact you have powers is recognised. But it's also clear you will only use them in the last resort, and then only for constitutional - and not for political - reasons."

On November 20, Sir John sent a much longer explanation.

Dr Fricker said this gave an insight into the governor-general's rationale.

"For my layperson's eyes, it reads very much like quite a deliberately formulated judgment ... a full exposition of what went through his mind leading up to that point," he told reporters on Tuesday.

He urged people to read the letters and attachments to get the full context of the historical period, noting that even which press clippings Sir John chose to include gave insight into his thinking.

However, the National Archives website was plagued by technical errors on Tuesday morning due to the increased demand.

My palace letters experience. Anyone else? pic.twitter.com/8MEiWlmed6

There was also criticism that the historian who fought for the documents to be made public was not part of the official release.

Monash University's Professor Jenny Hocking successfully launched High Court action to secure their release and had requested early access so she could provide public commentary as a designated historian.

Could someone also explain why Prof Jenny Hocking @palaceletters was not given first go at providing public commentary on the #palaceletters, given the Nat Archives did all they could to thwart their release? #TheDismissal #auspol

Most of the letters are between Sir John and the Queen's private secretary, although a few are directly addressed to the monarch.

They cover the full gamut of Australian political events during his tenure from 1974 to 1977.