Palestinian leader Mahmoud Abbas on Tuesday called for an international conference to be held by mid-2018 to launch a new, wider Middle East peace process and pave the way to Palestinian statehood.

In a rare address to the UN Security Council, Mr Abbas presented what he called a "peace plan" to revive the comatose Israeli-Palestinian talks with a new international mediation - in which the United States would play less of a predominant role.

US President Donald Trump's decision to recognise Jerusalem as Israel's capital infuriated the Palestinians who declared Washington could no longer play a role as lead mediator in the Middle East peace process.

"To solve the Palestine question, it is essential to establish a multilateral international mechanism emanating from an international conference," Mr Abbas said. 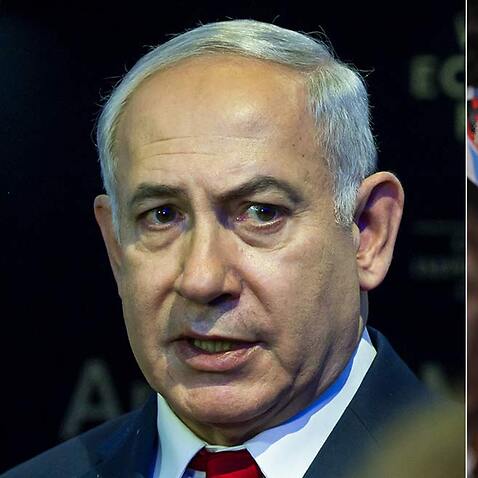 Mr Abbas put the blame for the failure of peace efforts squarely on Israel, saying it was "acting as a state above the law" and had "shut the door on the two-state solution" to the Israeli-Palestinian conflict.

He said the conference would be attended by Israel and the Palestinians, regional players, the five permanent Security Council members - Britain, China, France, Russia and the United States - and the diplomatic Quartet comprised of the European Union, United Nations, Russia and the US.

The gathering should lead to full UN membership for the state of Palestine, mutual recognition of Israel and Palestine, and the creation of a new international mechanism to reach a final settlement, he said.

The Palestinian leader immediately left the council chamber following his address, leaving Israeli Ambassador Danny Danon to complain he was once again "running away" from dialogue.

"You have made it clear, with your words and with your actions, that you are no longer part of the solution. You are the problem," Mr Danon said.

"Abbas said nothing new. He continues to run away from peace and continues to pay terrorists and their families," Mr Netanyahu said in a statement released by his office.

Taking the floor, US Ambassador Nikki Haley warned that turning to the United Nations and rejecting the US role in peace talks "will get the Palestinian people exactly nowhere toward the achievement of their aspirations".

Ms Haley was accompanied to the council meeting by Jason Greenblatt, the US envoy for Middle East peace and Jared Kushner, Trump's son-in law and adviser on Israeli-Palestinian peace efforts.

"Our negotiators are sitting right behind us, ready to talk," she said, before adding: "But we will not chase after you. The choice, Mister President, is yours."

The Israeli-Palestinian peace process has been deadlocked since a major push by the administration of Mr Trump's predecessor Barack Obama ended in failure in April 2014.

The Trump administration is preparing a new peace plan even though chances for agreement appear dim.

The Palestinians hope that greater international involvement in the peace process will serve to counter what they see as a US stance biased in favour of Israel.

Israel, which often accuses the European Union and the United Nations of bias against it, is reluctant to accept any other mediator than the United States.

France, which hosted a Middle East peace conference in Paris last year, said it was ready to examine Mr Abbas' proposal for a revamped approach.

Such an approach "would not cast doubt over the role of the United States, whose engagement in support of the peace process is indispensable," French Ambassador Francois Delattre said.

The Palestinians see East Jerusalem as the capital of their future state and UN resolutions call on countries to refrain from moving their embassies to the city until its status is resolved in an Israeli-Palestinian deal.

In December, the General Assembly voted 128-9, with 35 abstentions, to reject the US decision to recognize Jerusalem.

That vote in the 193-nation assembly came after 14 of the 15 council members voted in favor of a similar measure. The United States vetoed that draft resolution.

Tensions have also flared over the US decision to cut funding to the UN agency for Palestinian refugees (UNRWA).