Israel and the United States have condemned the Palestinian leader's remarks. 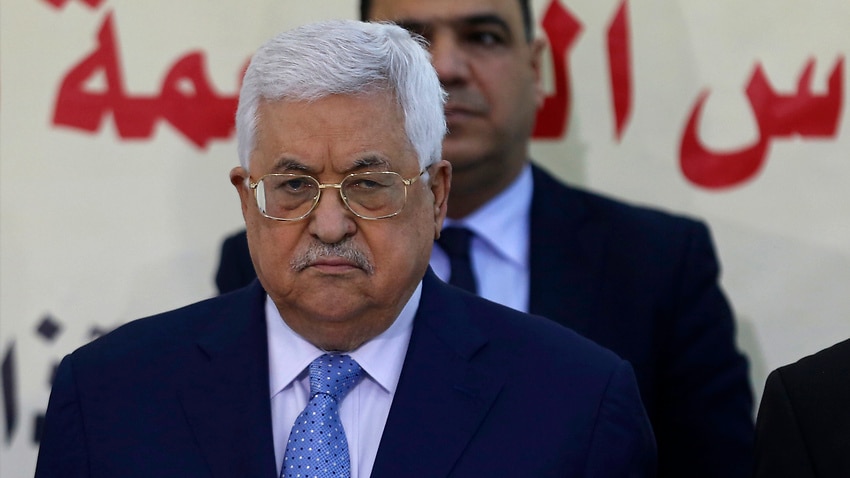 Palestinian leader Mahmoud Abbas told a meeting on the West Bank on Monday that Jews' "social function" and financial practices had led to the Holocaust, rather than anti-semitism.

The remarks have been strongly condemned in Israel and the United States.

Trump's special envoy to the Israeli-Palestinian peace process, Jason Greenblatt, said the comments should be "unconditionally condemned by all".

"They are very unfortunate, very distressing and terribly disheartening. Peace cannot be built on this kind of foundation," Mr Greenblatt tweeted.

President Abbas’ remarks yesterday in Ramallah at the opening of the Palestinian National Congress must be unconditionally condemned by all. They are very unfortunate, very distressing & terribly disheartening. Peace cannot be built on this kind of foundation.

During the 90-minute speech at a rare meeting of the National Palestinian Council in Ramallah, President Abbas attributed the theory to Jewish scholars and pointed out that pogroms against Jews had not taken place in Arab countries with Jewish communities.

"So the Jewish question that was widespread throughout Europe was not against their religion but against their social function which relates to usury [unscrupulous money-lending] and banking and such," he said during the televised speech.

The US Ambassador to Israel David Friedman described the remarks as a "new low".

"To all those who think Israel is the reason that we don't have peace, think again."

Abu Mazen has reached a new low in attributing the cause of massacres of Jewish people over the years to their "social behavior relating to interest and banks." To all those who think Israel is the reason that we don't have peace, think again.

Americans for Peace Now, a group that promotes Israeli-Palestinian peace based on a two-state solution, also condemned the "vile, anti-Semitic speech".

"His words were completely unacceptable, thoroughly offensive and damaging to efforts to achieve Israeli-Palestinian peace," the organisation said in a statement.

Israel has previously labelled Abbas a Holocaust denier - a claim he denies.