Foodbank has released a new report that found one in six adults in Australia haven’t had enough to eat in the last year, and 1.2 million children have gone hungry. 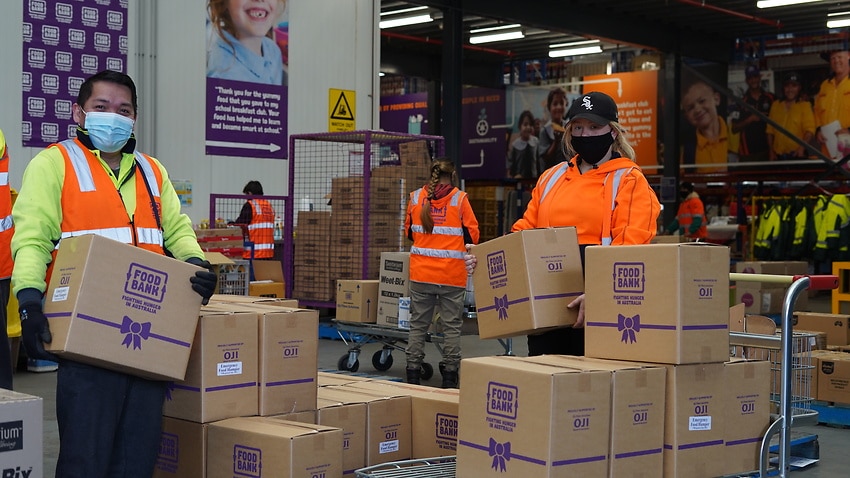 In Australia, one in six adults haven’t had enough to eat in the last year and 1.2 million kids have gone hungry. Source: Foodbank NSW & ACT

Food relief charity Foodbank says it struggled to access culturally appropriate food at the height of the COVID-19 crisis due to supply issues triggered by panic buying at the start of the pandemic.

David McNamara, chief executive of Foodbank Victoria, said providing culturally appropriate food to those in need had been difficult for the charity throughout lockdowns as it traditionally relied on donated food.

“If you look at those social housing lockdowns here in Melbourne. The first requirement was for food,” Mr McNamara told SBS News.

“Adding to the complexity of that has been the disruption to the food supply chain," he said.

"The panic buying that happened at the beginning of the pandemic really made it difficult across the globe in accessing food.”

Mr McNamara said Foodbank has “gone out on its own” to work with multicultural communities that have been hit hard by lockdowns.

He said the charity set up pop-up supermarkets to help international studies who were ineligible for government assistance at the start of the pandemic.

“We had 130 different nationalities through the supermarket and about 600 international students each day that it operated.”

Mr McNamara said one of those culturally appropriate food products affected by the pandemic was rice from Asia.

"You're working with 'are the ports open over in Asia?' So the ability to get the right food to the right people at the right time has been one of the major challenges here," he said.

The Foodbank Hunger Report 2021 released on Wednesday during Anti-Poverty Week showed one in six adults in Australia haven’t had enough to eat in the last year, and 1.2 million children have gone hungry.

The report revealed more than half of people impacted by severe food insecurity go a whole day every week without eating.

Half of Australians severely-affected by food insecurity go a whole day every week without eating, according to the report. Source: Foodbank NSW & ACT

The report showed more than one in three Australian residents were impacted by food insecurity last year that had never been in that position before.

Of those surveyed, the most common reasons for food insecurity were unexpected expenses or bill shock (35 per cent) and overall low incomes (30 per cent).

“During the lockdowns, I've met small business owners who haven't been able to work, single parents that we're finding it hard enough to make ends meet before the pandemic started,” he said.

Mr McNamara said the report showed that 31 per cent of the people needing food were under 35 years of age despite most of them - around 64 per cent - having a job.

“Unless we can fix that quickly, you're looking at the future generation of Australians being food insecure,” he said.

The Foodbank report showed that Australians across the board were impacted by food insecurity. Source: Foodbank NSW & ACT

“There's something wrong with the system where you can work and still find yourself without enough money to put food on the table.”

But the report highlighted food insecurity is not restricted to the "obvious" vulnerability groups in the community such as homeless people and the unemployed.

“This report is 10 years old now, and unfortunately the picture hasn't really changed. If anything, it's getting worse,” Mr McNamara said.

“Everyone, I think, used to imagine it was the person living on the street, but now it's people living in your own street [that are impacted by food insecurity].”