Indigenous leader Pat Dodson has been sworn into the Senate, donning his famous Akubra hat.

Indigenous leader Pat Dodson is deeply honoured to be wearing a new hat, even if it means occasionally removing his famous Akubra.

Senator Dodson was sworn into the Senate on Monday morning, donning his trademark black hat with indigenous flag coloured trim and sporting his long white beard.

Minutes later, the West Australian did something observers weren't sure he would.

He removed the hat to take his seat in parliament.

After congratulations from Labor colleagues and indigenous senators, Senator Dodson acknowledged his "time is short" with Prime Minister Malcolm Turnbull set to call a double-dissolution election within days. 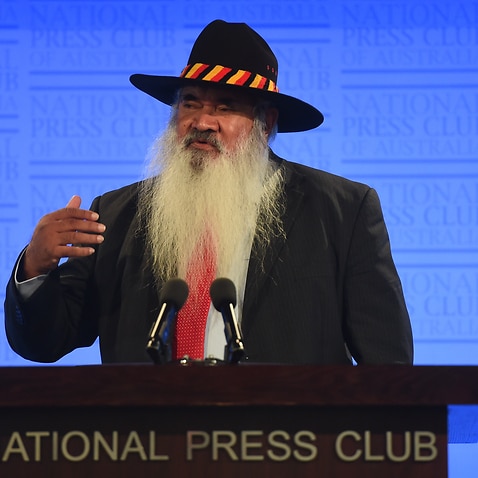 It's worse 25 years after Royal Commission into Aboriginal deaths in custody: Dodson

It means the Senate's newest boy could serve less than a week in office.

Nevertheless, Senator Dodson is committed to campaigning for Labor and it's likely he'll be placed high enough on the Senate ticket to return to Canberra after July 2.

"Labor is well placed to advance the issues I care deeply about," he said on Monday, listing indigenous constitutional recognition, reducing custody levels, support for remote communities and the economic and social development of northern Australia.

Pat Dodson is sworn in as a senator for WA. There are now 4 Aboriginal senators. #auspol @NITV pic.twitter.com/o31UsMMzY5

Senator Dodson fills a casual vacancy left by Joe Bullock, who quit politics over Labor's stance on same-sex marriage after serving less than two years of his six year term.

Mr Bullock's controversial election in 2014 came at the cost of Louise Pratt, who identifies as lesbian and is married to a transgender male.