The gift of two rare hunting dogs is a peace offering to mark a pause in hostilities.

South Korean President Moon Jae-in received a pair of North Korean indigenous hunting dogs from Pyongyang, his office said, the latest token of the rapidly blossoming friendship on the peninsula.

The dogs were both born in 2017 in Pungsan-gun County in the Kaema Plateau, North Korea. 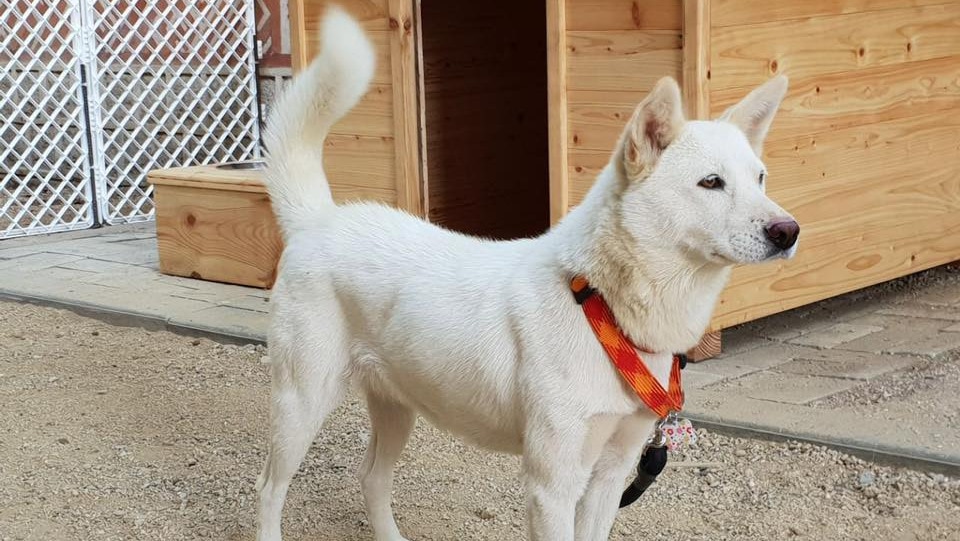 The dogs have been named Songgang and Gomi.
The Blue House

The canines, both aged around one, were handed over via the truce village of Panmunjom with three kilograms of dog food to "help with their adaptation", it added.

Known for its loyalty and cleverness, the Pungsan breed -- a hunting dog with thick, creamy white coat, pointy ears and hazel eyes -- is one of the National Treasures of North Korea.

The canine gifts come after a September meeting between Moon and North Korea leader Kim Jong Un in Pyongyang, at which Kim agreed plans to shutter a missile-testing site and visit Seoul.

The dogs have been named Songgang and Gomi.

WATCH Dateline's film, Korea’s Dog Fight, Tuesday at 9.30PM on SBS as South Korea grapples a culture war between those who love dogs and those that love to eat them.

North and South Korea also announced that they would jointly bid for the 2032 Olympics.

Former South Korean President Kim Dae-jung had also received a pair of Pungsan pups after his landmark summit in Pyongyang with then North Korean leader Kim Jong Il in 2000.

Uri and Duri were raised by the president before being moved to the Seoul Zoo where they were treated as "state guests" with premium kennels and daily walks.

"Especially those who come from North Korea, the elderly whose home is in the North," she said.

The dogs both died of natural causes in 2013 after giving birth to 21 puppies.

The newly arrived pooches will reside at the presidential office with Moon -- an animal lover who already owns a Pungsan dog named Maru, a former shelter cat called Jjing-Jjing, and Tory, a black mutt he adopted after taking office.