US Vice President Mike Pence Thursday praised Indonesia's moderate form of Islam as 'an inspiration' at the start of a visit to the Muslim-majority country seen as a bid by his administration to heal divisions with the Islamic world.

It came ahead of a visit by Pence to the largest mosque in Indonesia, which has the world’s biggest Muslim population, where he will hold a multi-faith dialogue.

His visit represents the most high-profile outreach to Muslims by the Donald Trump administration since the brash billionaire came to office and echoes a similar trip by Barack and Michelle Obama in 2010.

But his administration has also tried to ban travellers from several Muslim-majority nations, citing concerns about terrorism -- an effort currently being challenged in US courts. 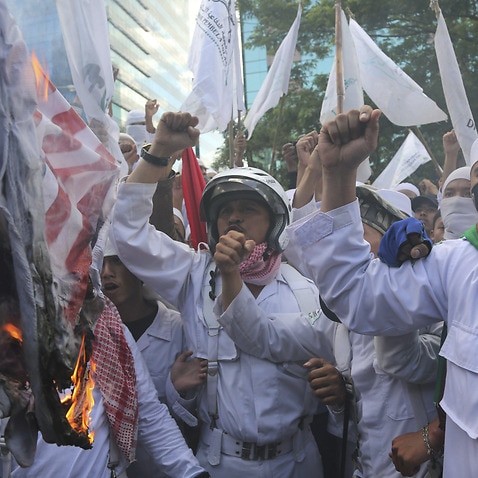 As a presidential candidate, Trump often appeared to flirt with the far right as he railed against "radical Islamic terrorism".

Pence arrived at the presidential palace in Jakarta for talks with Indonesian President Joko Widodo to a colourful official welcome by hundreds of schoolchildren in regional dress.

Indonesia, where most practice a moderate form of Islam, has long been held up as an example of a successful Muslim democracy where followers of the faith live largely peacefully alongside religious minorities.

After talks with Widodo, Pence said: "Indonesia's tradition of moderate Islam is frankly an inspiration to the world and we commend you and your people.

"In your nation as in mine, religion unifies, it doesn’t divide."

But his optimistic words came as Indonesia's traditionally inclusive Islam is under threat from the rising influence of hardliners and an increasing trend towards more conservative forms of the faith.

On Wednesday Jakarta's Christian governor Basuki Tjahaja Purnama was defeated in a run-off election to lead the capital by a Muslim challenger who was accused of pandering to hardliners to win votes.

Purnama, known by his nickname Ahok, lost after his once-unassailable lead in opinion polls was dented by allegations he committed blasphemy, claims that sparked mass protests led by radical groups but were seen by his supporters as unfair and politically motivated.

Pence is currently on a tour of South Korea, Japan, Indonesia and Australia that is aimed at smoothing some of the rougher edges of Trump's rhetoric.

In South Korea and Japan, Pence played down protectionist declarations of "America first" and reaffirmed US treaty commitments to the security of the two countries as tensions rise over Pyongyang's nuclear programme.

Pence's Muslim outreach in Indonesia has been welcomed locally, with Maruf Amin, the head of the Indonesian Ulema Council, the country's top Muslim clerical body, saying he hopes that it "indicates a change in attitude" towards Islam.

But it is unlikely to be enough to assuage fears that the Trump administration is anti-Islam.

"President Trump's hostile pronouncements on Islam and Muslims have done considerable damage to his reputation in the Islamic world. It would take more than a visit to repair the damage," said Fawaz Gerges, an expert on the Middle East and Islam from the London School of Economics.

After his talks with Widodo, Pence also said that the US was committed to building a stronger defence partnership with Indonesia to combat the threat of terrorism. 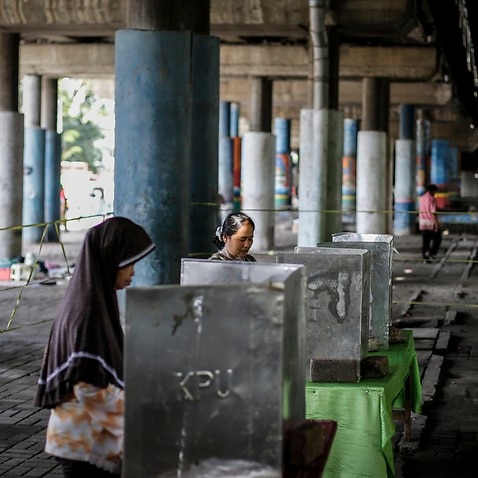 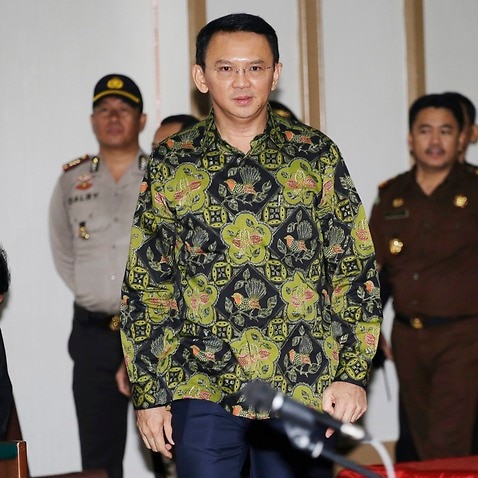 Indonesia has long struggled with Islamic militancy, and in January last year suffered a suicide and gun attack claimed by the Islamic State group that left four assailants and four civilians dead.

He also pledged to uphold the "fundamental freedom of navigation" in the South China Sea. Indonesian and Chinese vessels have clashed repeatedly in recent times in waters near Indonesia's Natuna Islands, on the fringes of the disputed waters.

Widodo, who wants more foreign investment as he seeks to boost Southeast Asia's top economy, said the leaders had focused on "the US commitment to enhance the strategic partnership with Indonesia, focusing on cooperation and investment". Members of the militant Islamic Defenders Front (FPI) burn a mock Australian and US flags during a demonstration outside Australian Embassy in Jakarta in 2013.
AAP