South Africans in Australia and around the world say recent violence has exposed the inequality that endures 30 years since the end of apartheid.

Perth psychologist Pearl Proud is one of many Australians worried about deadly riots in her birth country of South Africa.

The country's ongoing unrest is at its worst in nearly thirty years, and Ms Proud has stayed in close contact with her family in Durban.

“It’s been particularly distressing to see the rate of escalation. It’s been overwhelming both psychologically, emotionally but also practically in South Africa. I don’t think the government was prepared for what was about to happen,” she told SBS News.

Violence engulfed Johannesburg and Durban last week, as well as their surrounding provinces. It began with protests in response to the jailing of former president Jacob Zuma, who is currently facing corruption charges.

But the protests have since degenerated into days of looting and destruction, driven by widespread anger over the hardship and inequality that endures in South Africa’s mostly Black communities.

More than 200 people have died in the violence so far, as looters ransacked shopping centres, torched key industrial infrastructure and blocked trade routes.

Ms Proud says there are multiple causes for the unrest, with protests in support of Mr Zuma hijacked by opportunistic criminals and others that have faced decades of grinding poverty.

“In any democracy there are periods of instability and moments where political concerns lead to protest,” she said.

“(But) this is not a situation where South Africans are fighting among themselves. People are venting frustration and anger…they’re taking things that they feel entitled to, that they’ve been denied because of years of poverty”. 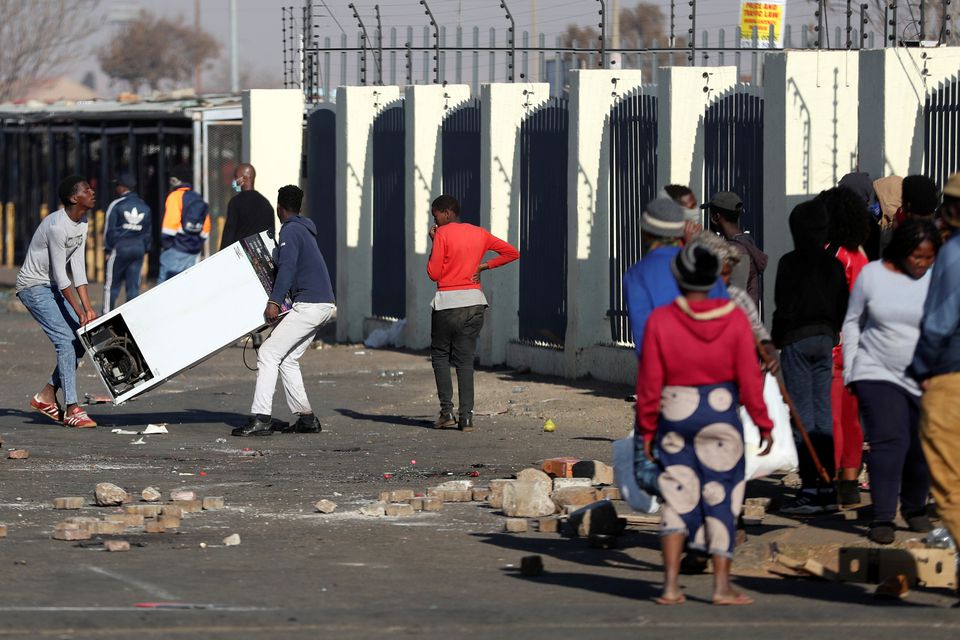 It has been a difficult time across South Africa, with hundreds of businesses, shopping malls, distribution centres and road trains destroyed in the riots.

The rubble has severely curtailed the availability of essential services, including food, fuel and medicine.

None of Ms Proud’s relatives have been physically harmed, but they have had to stay indoors for days to avoid the violence, while food and medical supplies run short.

“I have family that live both in what we call African areas, Black areas in Durban. As well as mixed areas, which used to be white areas in South Africa. The areas with Black people have been worst affected, and my family that live in those areas are the ones that have had to confront the destruction,” she said.

But the riots have exposed the economic inequalities that are still unaddressed in South Africa, thirty years since the end of apartheid.

“I was interested in going to university, but I couldn’t afford it. Because it’s too much. I was so interested in being something, having some profession. But I can’t,” said Dorren Ngema, a resident of the Ntuzuma Township.

When Ms Proud’s relatives have ventured out to buy food or supplies, they’ve been confronted by road-blocks set up by armed vigilantes.

“It’s always a concern in South Africa, because we have a history of apartheid and racism. People tend to externalise their anger, and default to a position along racial lines,” she said.

“Durban and Johannesburg have the largest populations of Black people in South Africa, and the discontent is being expressed in those cities and those provinces.

“So we have this situation which is actually political, it's not racial. But there are people online that are [blaming race]”. 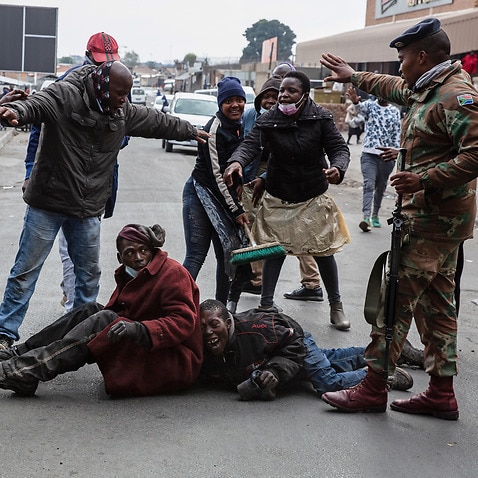 “First of all, it's illegal. You cannot decide to put roadblocks on suburbs and public roads. And say who can and cannot come in. So they’re painting every Black person with one brush,” she said.

“It’s been hell, but now it's getting better. People of all backgrounds are coming out into the streets, and starting to clean-up”. 'We are going to defeat them'

South Africa’s military and police are removing the roadblocks and stopping the rioters.

Over the weekend, the country’s president visited some of the worst impacted areas, making clear his belief that recent riots were a deliberate, coordinated and well-planned attempt at creating instability.

"We were infiltrated, there were people who came in - this invisible enemy that we are fighting - which we must continue to fight and defeat. And I can say we are going to defeat them," President Cyril Ramaphosa said on Sunday. 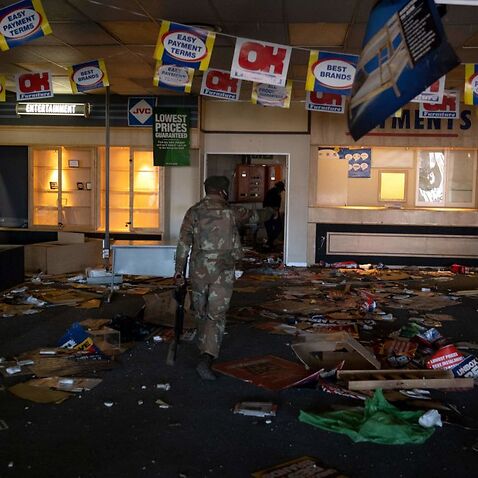 South Africa’s domestic spy agency is reportedly also investigating whether some of its former agents orchestrated the violence out of loyalty to Jacob Zuma.

Mr Zuma faces 16 charges of fraud, graft and racketeering related to a 1999 purchase of fighter jets, patrol boats and military gear from five European arms firms when he was deputy president.

He is also accused of taking bribes from one of the firms, French defence giant Thales, which has been charged with corruption and money laundering. The trial started in May after numerous postponements and delays, as Mr Zuma's legal team worked fervently to have the charges dropped.

The 79-year-old Mr Zuma appeared in person for the opening and said he was innocent.

But things took a nasty turn when on 29 June, Mr Zuma was found guilty of contempt of South Africa's top court for snubbing graft investigators probing his tenure as president. He was jailed a week later.

The incarceration sparked protests in his home province of KwaZulu-Natal, which snowballed into a week of looting and arson that spread to the economic hub Johannesburg.

Mr Ramaphosa is under mounting pressure as only a handful of the masterminds of what officials have called an attempted "insurrection", which caused an estimated $1 billion of damage, have been arrested.

When asked if he would shake up his ministers responsible for security he said: "We are reviewing the situation, yes."

But he has retained a fervent support base within the ANC and among the general public, viewed by many as a "people's man" and a defender of the poor.