Home Affairs Minister Peter Dutton will bar the father of an asylum seeker on Nauru accompanying his daughter to Australia for medical treatment. 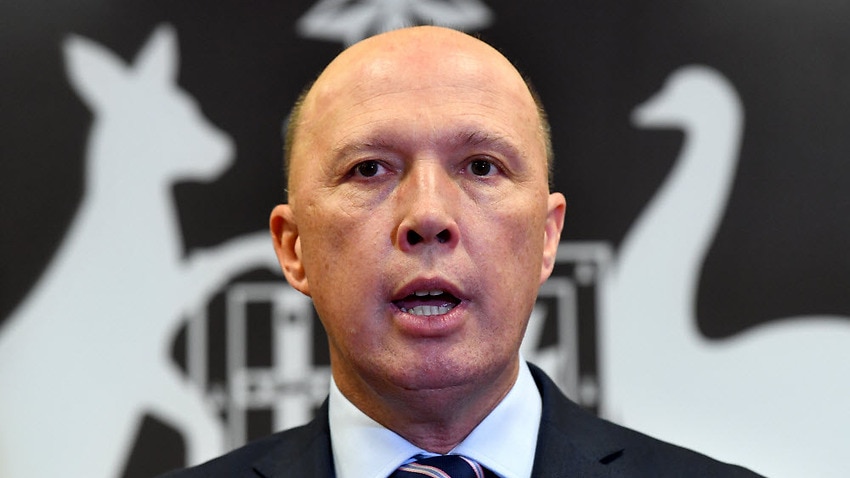 An Iranian asylum seeker who has a history of violence is set to become the first person to be refused transfer to Australia under the medevac legislation.

Doctors had recommended the man accompany his 21-year-old daughter who will be moved from Nauru to Australia for psychological treatment.

"I reasonably believe the accompanying family member would expose the Australian community to a serious risk of criminal conduct and should not be transferred to Australia," Mr Dutton's statement reads.

The Home Affairs Department advised the minister that he had a "history of violent and manipulative behaviour, including allegations of physical assault against his children".

Peter Dutton says the man has a history of violence. Source: AAP

The minister also alleged he had been investigated by Nauruan Police Force for criminal activity, engaged in military service in Iran.

The department has also been unable to verify his identity.

The revelation comes as the government pushes to scrap the medevac legislation, which has allowed more than 130 asylum seekers and refugees to come to Australia for medical treatment, since February.

The medevac laws have given doctors more say over the transfer of sick refugees, who are often accompanied by family members for support.

Two doctors must approve the transfer which can also be reviewed by an independent health panel. The minister has the final say if an asylum seeker is a threat to national security.

The woman will instead be accompanied by her brother to Australia and has other relatives in the country.

Labor's home affairs spokeswoman Kristina Keneally said his decision proves the so-called medevac laws were working as they should.

"Peter Dutton is so desperate to distract from the 95,000 airplane people who have arrived on his watch, he's boasting about using a power Labor ensured was in place to keep security threats out of the country," she said.

Independent Senator Jacqui Lambie is likely to have the deciding vote on the government's repeal bill and isn't revealing which way she'll vote.

The Tasmanian senator has ruled out doing a deal with the government over the legislation, but says the escalating conflict in Syria had raised further concerns in her mind.

"Word doesn't always get back to people, where there are other war zones, not to get on boats because you won't be allowed into Australia."