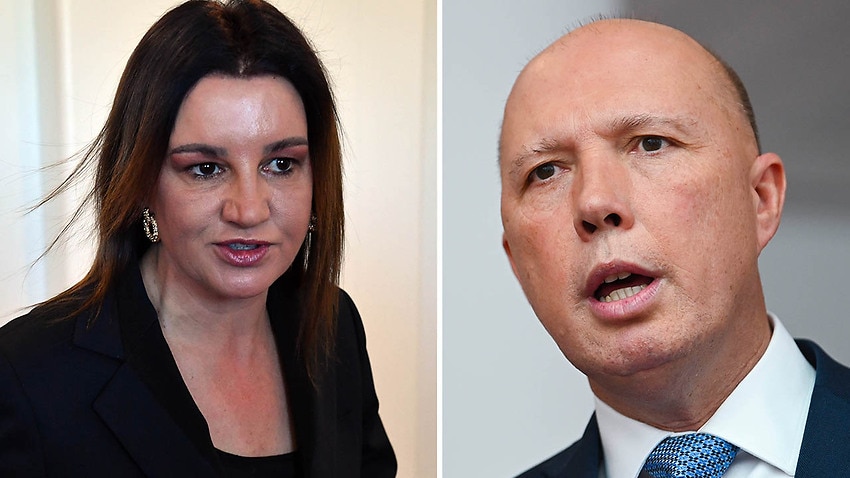 Mr Dutton is locked in negotiations with Tasmanian senator Jacqui Lambie, herself an Australian army veteran, as he seeks to repeal the so-called medevac laws.

The minister is confident he's made a "pretty compelling case" as Senator Lambie awaits a committee report.

"I believe very strongly that most Australians and certainly the vast majority of veterans would want us to abolish this law."

"I want this legislation repealed because it is useless and dangerous. It's activism - not medicine," the veteran tweeted, using the name Coeus.

However, several veterans were quick to respond by expressing support for the medevac laws.

"I'm a veteran who served in the Middle East and Timor and in areas where many refugees have fled from," former army officer Ray Martin tweeted.

Crossbench Senator Jacqui Lambie has earlier ruled out horse trading over 'humanity' over a push to repeal the Medevac laws. Source: AAP

"There is little doubt that indefinite detention has and continues to have a significant impact on so many. I certainly do not support the abolishment of the medevac law."

The laws make it easier for asylum seekers held in Nauru and Papua New Guinea to be transferred to Australia for medical treatment.

The changes passed against the government's wishes earlier this year with support from Labor and the crossbench.

The scheme only applies to those already held offshore and will not extend to future arrivals.

Even so, Senator Lambie has indicated the situation in Syria could sway her vote on repealing the medevac laws, raising concerns the Middle East conflict could trigger an influx of asylum-seekers.

"If you're a people smuggler, why wouldn't you be marketing this? That's exactly what's happening," Mr Dutton said.

The minister has suggested the medevac laws give rapists, murderers and paedophiles a free pass into Australia.

However, Mr Dutton this week used his powers to block the transfer of an Iranian man with a history of alleged violence.

The laws make it easier for asylum seekers held in Nauru and Papua New Guinea to be transferred to Australia for medical treatment. Source: AAP

He denied he was being misleading.

"Six people have already come under Labor's medevac laws that should not have come," he told reporters in Canberra.

"They were people of very questionable character. I have made a decision in relation to a seventh individual where I believe I do have grounds to stop that person from coming to Australia.

"But I suspect that will be tested in the courts and I think we should wait and see what the courts have to say."

The medevac laws allow the minister to stop transfers based on national security grounds.

"Certainly there is a very narrow path of opportunity to stop people of bad character coming into our country under the laws Labor passed," Mr Dutton said.

"We want to abolish these laws as quickly as possible."

A Senate committee investigating the repeal bill is due to release its report on Friday.

The government-dominated committee is guaranteed to support the repeal, with opposition parties expected to hand down dissenting reports.