A fertility app for smartphones has been proven to be as effective a contraceptive as the pill, a study says.

A fertility app for smartphones is as effective a contraceptive as the pill, according to new clinical research.

The Natural Cycles app creates an algorithm based on a woman's temperature when taken each morning to build a data plan of fertility - showing the days on which a woman could get pregnant.

It then notifies users to take precautions on fertile days to avoid the risk of pregnancy.

According to a clinical trial based in Sweden involving more than 4000 women aged between 20 and 35, Natural Cycles scored similar results to the pill on what is known as the Pearl Index.

The index measures the effectiveness of birth control methods by measuring how many subjects out of 100 will experience an accidental pregnancy within the first year of use.

While the pill has a Pearl Index score of 0.3 - meaning about three women in 1000 who use the pill "perfectly" experience an accidental pregnancy - the Natural Cycles' system has a rating of 0.5, the study says.

Another previous study found the app to falsely predict non-fertile days only 0.05 per cent of the time.

Dr Elina Berglund, one of the app's creators and a physicist who was part of the team that discovered the Higgs boson particle, said: "Mobile technology is the most transformative trend for healthcare in recent years.

"Natural Cycles uses data instead of chemicals to prevent pregnancies thereby allowing women to educate and empower themselves and take control of their fertility.

"The future of birth control lies in knowing your body rather than altering it with hormonal contraceptives, and we are excited to be leading the way and creating a future where every pregnancy is wanted."

Natural Cycles also confirmed that the app, which is available and free to download, will be part of further clinical studies in which it will be directly compared with the pill.

The study has been published in the European Journal of Contraception and Reproductive Health Care. 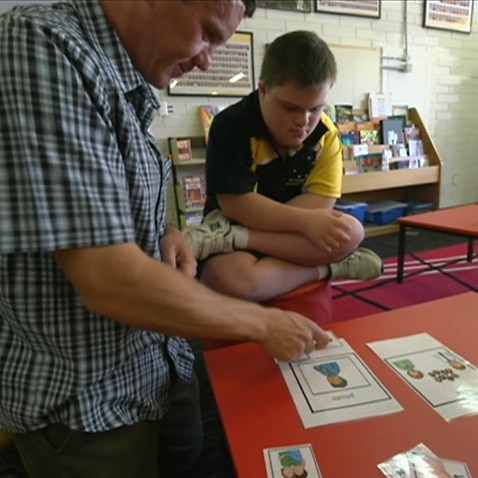 What does sex-ed look like if you have a disability?

'A disgrace': Melbourne protesters condemned for gathering at Shrine of Remembrance

The Feed 41 mins ago