A coalition of groups have rallied in Sydney, calling for pill testing at music festivals. 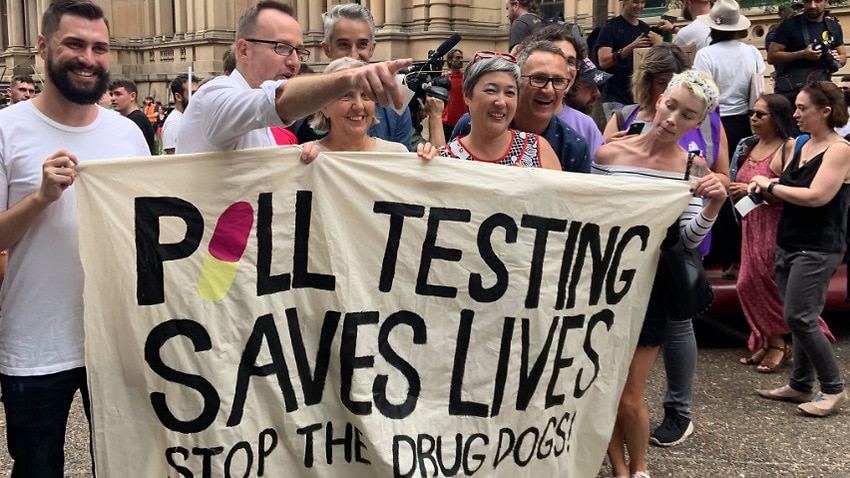 Supporters of pill testing gathered at a Sydney rally in a bid to pressure the NSW government to allow it at raves and music festivals.

A coalition of groups, including Keep Sydney Open and Unharm, organised the Saturday protest at Town Hall to demand a change in policy.

"The failed war on drugs has killed our friends, family and others in our community for decades while politicians and police have wilfully ignored the mounting evidence that zero-tolerance drug policing does not work," the organisers said in a statement.

Five people have died after taking drugs at music festivals in NSW alone since September.

A number of politicians, including Greens leader Richard Di Natale and Independent MP Kerryn Phelps, addressed the crowd as campaigners called for a harm minimisation approach.

Ms Phelps, a GP and former president of the Australian Medical Association, said the medical profession are in support of pill testing trial.

"We need to see it across a whole range of festivals against the whole country long-term so we can really see that this is a measure that will save lives.

Read More
Music festival overdoses spark calls for pill testing. But how does it work?

"You've seen it overseas in Europe. Europe has had pill testing since 1992 in some countries and they are still doing it because they see that it works.

The rally comes a day after a prominent group of doctors came out in support of pill testing trials.

The Royal Australasian College of Physicians, which represents more than 17,000 physicians and paediatricians, has sent an open letter to NSW Premier Gladys Berejiklian and her counterparts urging them to follow the lead of the ACT.

"Ideally, we would all like young people and the wider public not to use drugs illicitly, however, the reality is that they do in large numbers and the moral message to abstain from taking drugs is not getting through," Dr Martyn Lloyd-Jones said on Friday.

They now join the Australian Medical Association and the Royal Australian College of General Practitioners, who are also urging governments to adopt pill testing.

Pill testing involves users anonymously submitting samples for forensic analysis and feedback on the purity and composition of their drugs so they can make an informed decision on whether or not to take them.