Aid agency Save the Children is calling for Lebanon's government to address the urgent needs of children living in poverty, as more Lebanese migrants attempt to reach European shores amid an economic crisis.

The boat is believed to have become stranded on the Mediterranean Sea for several days, causing the young children - one of them a two-year-old boy - to die from heat, hunger and thirst earlier this month, according to reports by the BBC and AP news agency.

The boy's father told AP he was trying to give his son a good life "where if he will ask me for a potato chip bag or a juice box I am able to give it to him".

"That is what drove me out of the country," 21-year-old Mohammed Sufian said. Save the Children on Saturday expressed horror and concern over the tragedy, saying it came as a surge of Lebanese and Syrian families tried to escape increasingly harsh conditions in Lebanon.

"The pain and suffering this family would have endured to drive them to this, only to culminate in such a tragic end, is truly unimaginable," Jennifer Moorehead, the organisation's Lebanon director, said in a statement.

"Two children have paid with their lives for the miserable conditions that thousands of families in Lebanon continue to experience."

Ms Moorehead said the Port of Beirut explosion in August, which killed at least 191 people, had added to the daily suffering of families who were already struggling with unprecedented economic and COVID-19 crises. Lebanese migrants off the coast of Tripoli city, north Lebanon, on 17 September.
AAP

Save the Children Australia's humanitarian director Archie Law said the situation in Lebanon was shocking.

"It’s a desperate situation for those children which is forcing their parents to take desperate measures to enable them to reach safety."

'We are being killed by poverty'

Mohammad Ghandour said Lebanon's economic crisis left him unable to feed his seven children and gave him no choice but to try to reach European shores.

"In Lebanon, we are being killed by poverty," Mr Ghandour told Reuters this week, from his mother's cramped three-room apartment where he was staying with 12 other family members.

He was back in Tripoli, one of Lebanon's poorest cities, after being sent back by Cyprus.

"This is worse than war … My children will either die on the streets or become criminals to survive." 'No sign of life' in desperate search for Beirut blast survivors

Mr Ghandour, 37, is one of dozens of Lebanese who have attempted the journey since late August, when rights groups say the rise in the number of boats leaving Lebanon began.

Exact figures are hard to come by, but the United Nations Refugee Agency has tracked 21 boats leaving Lebanon between July and September 14. The previous year, there were 17 in total.

The increase has worried Cypriot authorities, especially given the global pandemic. The island is the closest European Union member state to the Middle East and has seen a gradual rise in arrivals of undocumented migrants and refugees in the past two years, as other routes have become more difficult to cross.

After 28 hours lost at sea, Mr Ghandour said his boat, carrying his wife, children and other relatives, arrived on a beach near the seaside resort of Larnaca.

He said his family was detained in a camp for several days, tested for COVID-19 and prevented from lodging a formal claim for asylum before being sent back to Lebanon. 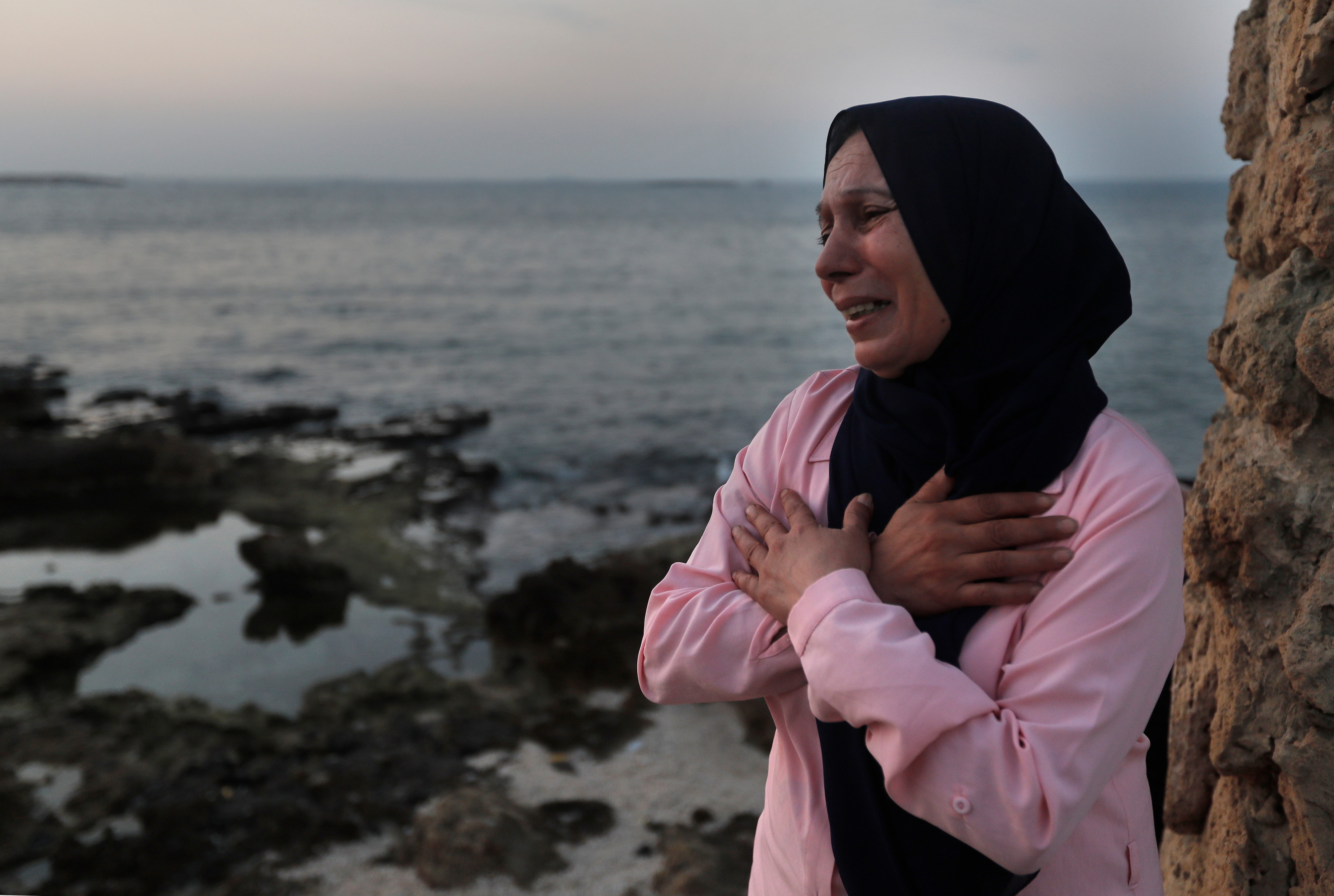 Afaf Adulhamid, whose son Mohammed Khaldoun, 27, went missing at sea as he tried to reach Cyprus, cries and prays for his return on the coast of Tripoli city.
AAP

"I didn't think they would send us back," he said. "They should have just let us die in the water. It's better than coming back here."

Save the Children is calling for the caretaker Lebanese government to address the urgent needs of children living in poverty, and provide vulnerable families with support.

"The imperative is to be able to stabilise Lebanon but also to be able to provide people with basic livelihoods and jobs in a country where there’s 35 per cent unemployment," Mr Law said.

"People just don't have jobs, they don't have livelihoods. So it really needs support from everybody right now."

With reporting by Reuters.