More than 27,000 Australians are waiting to return but with a weekly cap of 4,000 incoming passengers, it could take well into next year.

The prime minister wants to increase the number of people who can come back into Australia by about 2,000 a week.

His deputy has written to the states and territories to seek their support, as they will need to take the extra passengers into hotel quarantine. Health officials wait for Australians stranded in India to disembark a Qantas plane at Canberra Airport in May.
AAP

Several premiers have signalled their support for lifting the weekly cap, albeit with caveats.

NSW, Western Australia and Queensland are each expected to take an extra 500 people each week.

Labor has urged the prime minister to use government jets to bring people back.

"Our advice is there is no need for that," Mr Morrison told the Seven Network on Thursday. "There are plenty of commercial planes ... it's the caps that were stopping the planes."

The prime minister wants to lift the incoming passenger cap at the end of next week.

The Commonwealth cap was introduced in July when Victoria suffered a second wave of coronavirus and NSW struggled to cope with the extra demand.

"Now is the time we've got to start taking those caps off again," Mr Morrison said. Qantas boss Alan Joyce says he won't be rethinking his decision to scrap all international flights, even to rescue Australians stuck overseas. 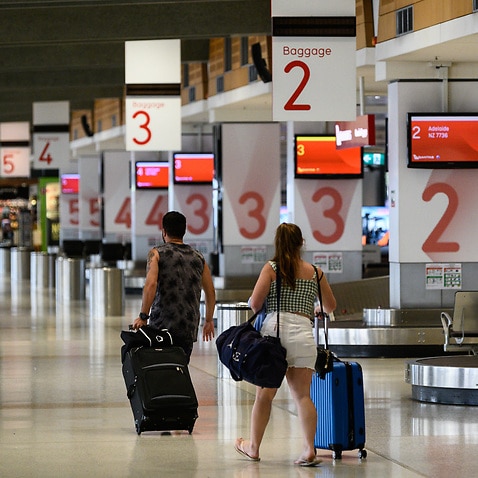 Mr Joyce is pleading with the states to reopen domestic borders and the airline has taken out full-page newspaper ads on Thursday to push its case.

"Europeans have been fighting themselves for thousands of years but they have somehow managed to agree to keep borders open," he said.

Australians love to travel. With summer holidays & Christmas just around the corner, many of us can’t wait to see loved ones & support our regional communities, local businesses & our tourism industry. But that can only happen if our domestic borders are safely opened again.

Australia's national panel of medical experts has proposed new definitions for coronavirus zones and hotspots in a bid to reopen state borders.

Mr Morrison is expected to discuss the proposals with premiers and chief ministers at a national cabinet meeting on Friday.

"The Commonwealth has its hotspot definition - I think that's a sensible definition," he said.

"If other states want to have more extreme definitions then that's ultimately up to them. That obviously has implications for how they run their show and what it means for people's jobs and all of those sorts of things.

"I'm sure they will keep working on that."