Malcolm Turnbull has described the jump in deadly crashes involving trucks as an "ongoing tragedy" and says Australia needs to look at the issue carefully. 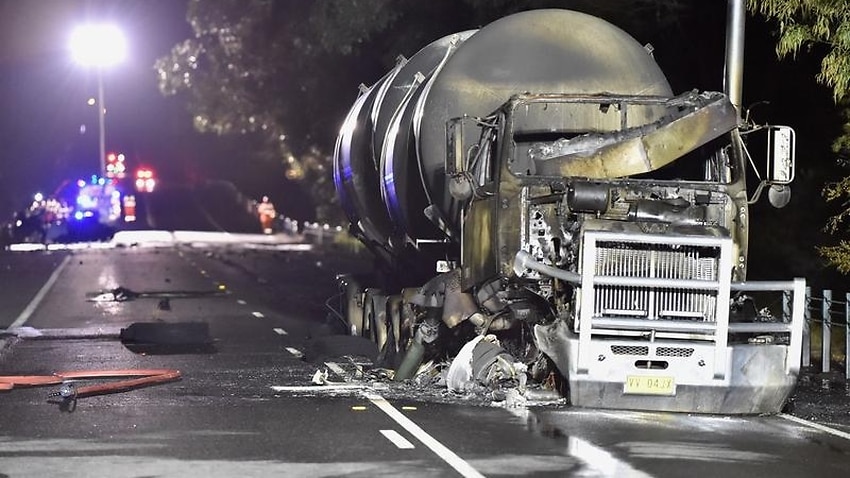 Prime Minister Malcolm Turnbull is gravely concerned about the recent spike in fatal truck crashes but rejects claims the federal government is to blame.

In the year to September 2017, the number killed in crashes involving trucks rose nearly 10 per cent across Australia. The fatality rate in NSW almost doubled - from 29 to 54 - in the same period.

The prime minister said it was of "gravest concern".

"It is an ongoing tragedy," he told Sydney's 2GB radio on Wednesday.

"We've seen the death toll going down and now it's coming up again. The question is why?"

More money was being spent on roads and roads were by-and-large safer, Mr Turnbull said.

"But we are going to need to examine this very, very carefully as a nation, as a federation."

The Transport Workers Union accused Mr Turnbull of having "blood on his hands" because he abolished the Road Safety Remuneration Tribunal.

National secretary Tony Sheldon said the body set up by Labor in 2012 independently dealt with safety arrangements in the trucking industry and called for its reinstatement.

"This is a national crisis," he told reporters in Sydney.

"We've seen people in the last 12 months that have lost their lives because the federal government has decided to play politics with road safety rather than making the changes that are necessary."

Mr Turnbull claims the tribunal had nothing to do with road safety and was only about looking after the interests of the TWU.

The NSW government, meanwhile, warned it would throw the book at truck companies and drivers doing the wrong thing.

Police and Roads and Maritime Services on Wednesday discovered a number of defects on trucks owned by a company involved in Monday's fatal crash on the M1.

They inspected 16 vehicles during a compliance operation targeting the employer of the driver of a semi-trailer killed in the fiery collision south of Newcastle.

One had a defective seat belt, while others were issued with notices for defective brakes, headlights that didn't work, damaged rear marker plates and an insecure turn table.

A Queensland driver was also stripped of his driving privileges based on other traffic offences.

A young couple, both aged 19, were killed when a semi-trailer ploughed into cars stopped at roadworks on the Newell Highway near Dubbo on Tuesday afternoon.

Two men also died in a head-on truck collision on the Gwydir Highway near Grafton on Monday.