Labor leader Bill Shorten has clarified his promise not to boost taxes for superannuation, saying that doesn't include policies dating back to 2016. 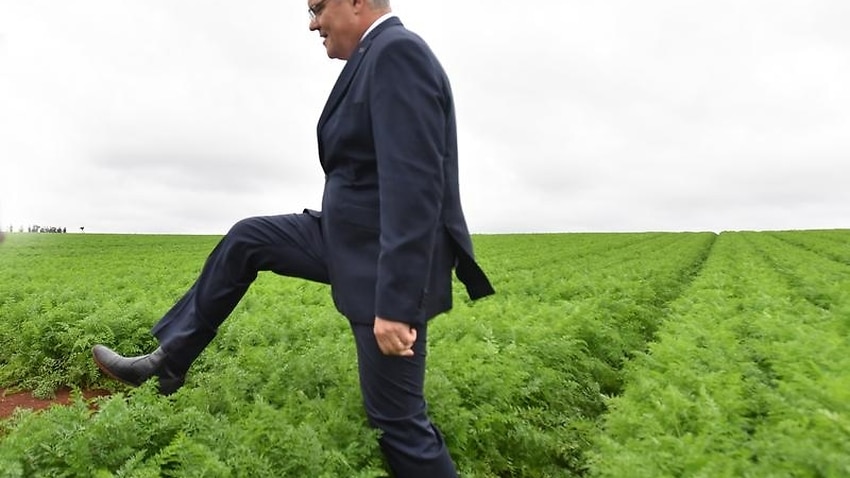 Prime Minister Scott Morrison has questioned Bill Shorten's credibility after the Labor leader admitted he should have chosen his words more carefully when he said the party would not increase taxes on superannuation.

The Labor leader made the commitment on Tuesday before his party corrected the record, noting some of the superannuation policies it released in late 2016 will increase tax on super for high income earners.

"I thought I was being asked about whether we have any unannounced changes for superannuation," Mr Shorten told reporters in Perth on Wednesday.

"I should've picked the words better, no question."

Mr Morrison has leapt on the comments, stressing Labor's plans would increase the tax burden on superannuation members by about $34 billion if it won the May election.

"They're either being dishonest, or sneaky or they're just clueless when it comes to their own policies," he told reporters in Tasmania.

But the opposition argues its plans are about changing tax concessions, rather than introducing new taxes.

"We're talking about closing down some of the loopholes which overwhelmingly favour people with the biggest superannuation balances," Labor finance spokesman Jim Chalmers told reporters in Canberra.

Along with promising not to change superannuation taxes, the prime minister on Wednesday went a step further when asked whether he would consider lowering them, suggesting that he might.

"Any chance I get, I'll seek to lower taxes," he said.

The superannuation discussion has overshadowed the announcements made by each leader on their seventh day campaigning.

The prime minister was in Tasmania, where he promised $100 million for five irrigation projects benefiting the horticulture sector, as the Liberal Party eyes three seats in the state.

In Perth, Mr Shorten spruiked his plan to spend $20 million on a new program to make it easier for blood cancer patients to get into drug trials.

The announcement is part of the opposition's $2.3 billion promise for Medicare and cancer research.

The Greens revealed the latest element of their environment strategy, saying if Labor forms government they would support its climate change policies if it spends $2 billion on a new nature fund.

Meanwhile, an independent report on the budget revealed the parliament would need to pass legislation before July 1 if the coalition was to deliver a bigger tax offset for 4.5 million Australians.

Mr Morrison has previously said it could be done administratively, but the report by the Treasury and Finance departments - known as the Pre-Election Economic and Fiscal Outlook - said this is not the case.

The prime minister said it would be a priority for him if the coalition is returned.

But Mr Morrison said there were no required changes to government spending to accommodate the tax cut plan.