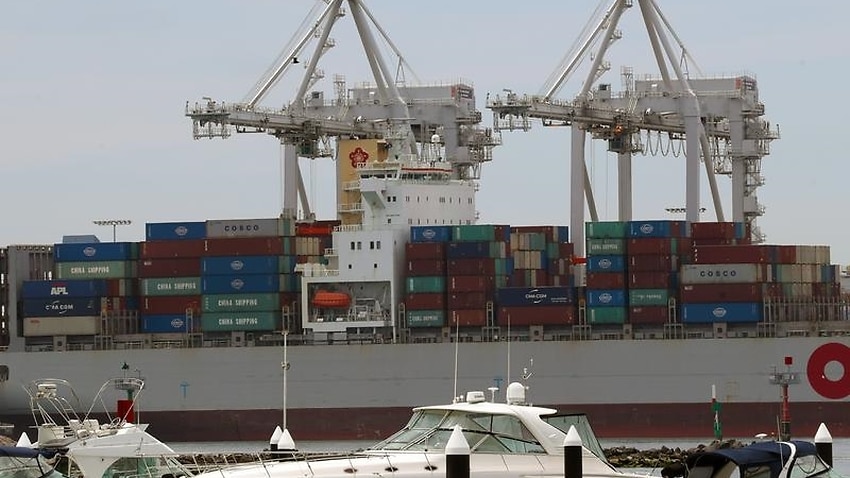 Labor has promised to create a strategic Australian shipping fleet, if elected to federal government (AAP)

The federal opposition has announced a plan to establish the fleet, which is likely to include up to a dozen vessels including oil tankers, container ships and gas carriers.

The Australian-flagged and crewed vessels will be privately owned and operate on a commercial basis, but could be requisitioned by the government in times of need.

Mr Morrison said Labor had not committed to properly building Australia's Navy, failing to commission one ship when they were last in government.

"They seem to be more interested in doing what the MUA tells them to do, the maritime union, than what the Australian people want them to do," he told reporters in Hobart on Sunday.

He said the coalition had undertaken the biggest naval shipbuilding program since the Second World War.

"That is the scale of our commitment when it comes to our naval shipbuilding program," the prime minister said.

"They don't know if they're Arthur or Martha half the time. We have a prime minister who doesn't understand Australian shipping," Mr Shorten told reporters in Melbourne.

"If Mr Morrison wants to say that a discussion about Australian merchant marine ships is about warships, he's even less bright than I think."

Mr Shorten has warned Australia's merchant fleet is disappearing, despite relying on shipping to move 99 per cent of imports and exports.

The number of Australian-flagged vessels has shrunk from 100 to 14 over the past 30 years.

Opposition Leader Bill Shorten and transport spokesman Anthony Albanese said the decline had destroyed the jobs of seafarers and created a situation where essential fuel supply vessels were not crewed by Australians.

"If Labor gets elected, we're going to stand up for Australian economic and national independence," Mr Shorten said.

An elected Labor government would first appoint a task force to guide the establishment of a fleet.