The Turnbull government has introduced its bill to hold a plebiscite on same sex marriage.

Prime Minister Malcolm Turnbull has introduced to parliament legislation to set up a plebiscite on same-sex marriage, telling MPs society would be stronger if more people were married.

Mr Turnbull reminded them the plebiscite was a coalition election commitment they should support and respect because it was "thoroughly democratic".

"All of us have seen the way in which one discrimination or disadvantage for same-sex couples was removed," he said on Wednesday, adding marriage was the one issue that had not yet been addressed.

Mr Turnbull said he and his wife Lucy support same-sex marriage and would vote yes in the February 11 poll.

"If there was something we could do to make families happier, it would be a wonderful thing," he said.

"We know that the breakdown of the family unit is one of the great causes of hardship, of poverty, of so many of our social ills."

But he warned labelling those who oppose changing the Marriage Act as homophobic was "utterly wrong" and displayed "dreadful leadership" by MPs.

"It is vital that we respect all of those views in this debate."

Labor fears a no campaign could harm same-sex couples and children of same-sex parents.

But Mr Turnbull insists that insults the Australian people by implying they can't be trusted to have a civil conversation.

"That the Australian public are so immature, so unbridled, so reckless that they cannot be trusted to have a debate and make a decision on this issue."

"If ever there is an issue to be put to a plebiscite, this is one that can be, and should be, because it is a very straightforward question."

Mr Turnbull said the question of "should the law be changed to allow same-sex couples to marry?" was simple and did not presuppose any particular view.

He believes the majority of Australians will vote for same-sex marriage.

Shorten expected to tell Labor Caucus to vote against plebiscite

Labor is set to block the same-sex marriage plebiscite, with Bill Shorten expected to ask caucus to oppose the government's enabling bill.

The Labor leader is on his way to the Canadian city of Montreal for a conference on progressive politics as Prime Minister Malcolm Turnbull introduces the bill to give Australians a say on changing marriage laws.

It is understood Mr Shorten will recommend to the caucus - which next meets on October 11 - the plebiscite bill be opposed, which will lead to its defeat in the Senate. Mr Shorten, before he flew out to Canada on Wednesday, said the fact that public funding had been provided "to give a platform to bigotry" showed the government does not want to work with Labor on the issue.

"He is deliberately sabotaging the process to make it difficult for even the most ardent supporters of marriage equality to back it," he said of the prime minister.

"It's clear the extreme right wing of the Liberal party are setting marriage equality up to fail."

Mr Shorten said history would record Mr Turnbull as the "prime minister who broke the nation's heart", having caved in to the likes of conservative Liberals Tony Abbott, Kevin Andrews and Eric Abetz.

"I am gravely concerned about the plebiscite and over the coming days and weeks, we will be sitting down with people affected, families and mental health experts about the harm a plebiscite will cause," he said.

The government argues public funding is needed to have a fully informed debate on the issue.

We can make marriage equality right now @TurnbullMalcolm. Join with me and let’s get it done. pic.twitter.com/GeZSjHxwN0 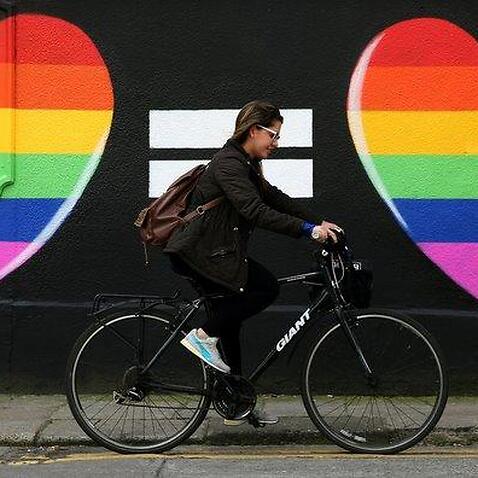 Another 64 people have died from COVID-19 across Australia

22 hours ago My Australia