Polling booths in the Eastern Highlands province capital Goroka, PNG’s third largest city, did not open until late afternoon causing chaotic scenes as people tried to cast their votes before they closed at six o’clock. 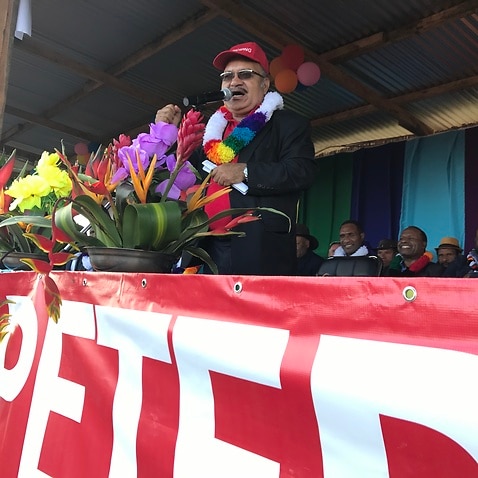 Thousands of university students at Goroka University claim they only found out on voting day that their names were not included on the electoral roll.

“We’ve had a false start, we were supposed to start at eight o’clock this morning. This is the time gazetted by the PNG government for Goroka,” said incumbent MP Bire Kimisopa for Goroka Open.

“Unfortunately there’s some disputes among the candidates about the distribution of ballot papers, but more importantly it reflects poorly on the electoral commission in terms of their transparency.

“Some candidates found out through scrutineers that some of the votes expected to be cast in specific polling booths all of a sudden dropped or in certain places increased dramatically.

“That points the finger at the electoral commission how the distribute the election papers.”

Candidates argued for hours in the police compound with a heavy police presence, while hundreds of people gathered outside and periodically had to be chased out of the station grounds.

“The candidates want to see the electoral roll and the total numbers of electoral ballots and that should have been done by the returning officer,” said Eastern Highlands election manager Steven Gore Kaupa.

“They have failed to do that quickly and that’s why candidates have been arguing.

“Fortunately we’ve reached an understanding, and we’ve given an undertaking the election is go now.”

Several hours later hundreds of people gathered at polling booths around the sprawling town waiting for the chance to vote. 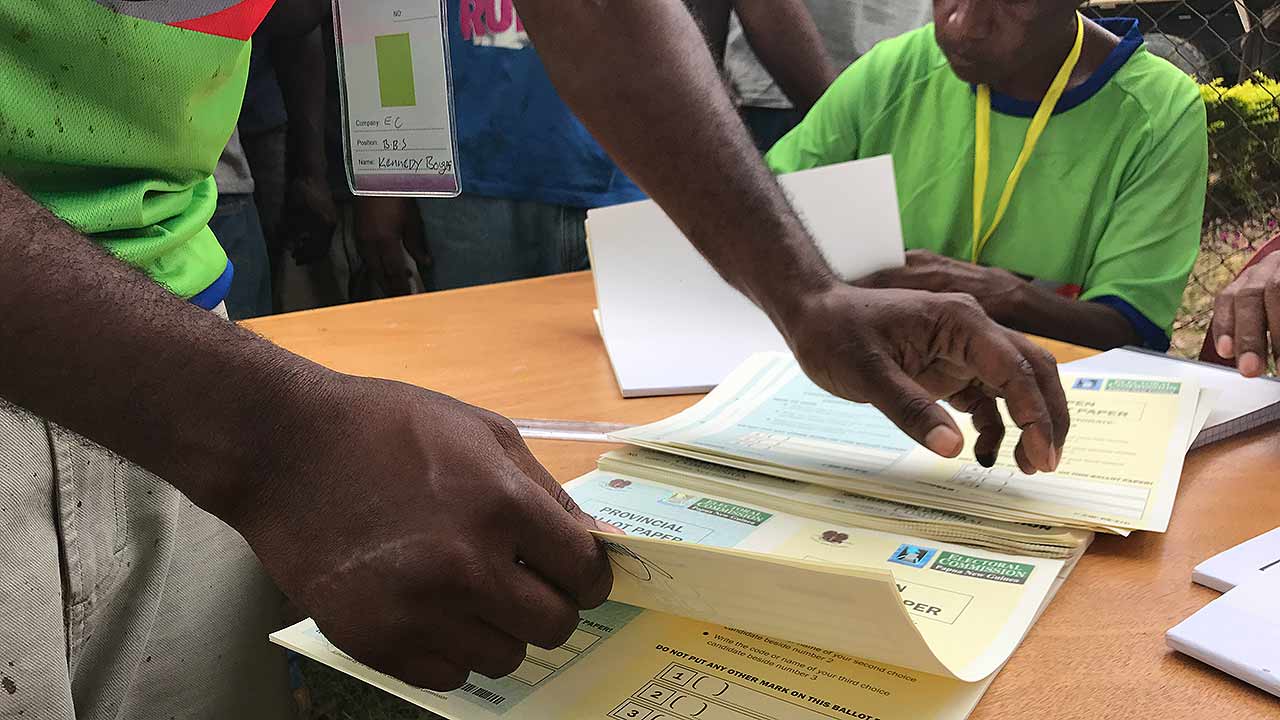 The country's electoral commission is under scrutiny over claims it failed to properly maintain voter records.
SBS World News

'If we say PNG is a democratic country, we are totally deprived'

Overlooking the township is the campus of the University of Goroka where the student body had gathered after earlier trying to appeal to Mr Kaupa.

“As you can see, these students and staff are waiting to exercise their democratic right at this election. It seems like this university has been forgotten,” said Vice-Chancellor professor Musawe Sinebare.

“As the head of the institution I’ve written to the electoral commissioner informing him that we have four, five thousand students and staff members here who need to vote and requesting University of Goroka to be a polling area.

“Now to date there is no polling gazetted for University of Goroka.”

Several hundred gathered to hear Mr Sinebare speak saying they had only just found out their names were not on the electoral roll.

“We were expecting to exercise our democratic right to vote to elect our leaders but the unexpected thing happened, our democratic rights were deprived,” said Peter James, a second-year political science student, speaking on behalf of fellow students.

“The student body in here are confused what really happened. This is totally, totally unfair. There are 4,000, close to 5,000 students here. If we say PNG is a democratic country, we are totally deprived.”

Rush to vote in Goroka

By late afternoon there were large queues milling around polling booths in Goroka.

When voting started officials were overrun by people trying to vote before the 6 o’clock close.

The four cardboard booths surrounded as people tried to fill out their forms and put them in the ballot boxes, followed by having their little finger dipped in ink to prevent them voting again.

‘That’s symptomatic with the current state of affairs in PNG in terms of the economic stress,” said incumbent MP Bire Kimisopa.

“The election commission are one agency of government that are being hampered, especially at this time of the election.”

“I’ve been advised in Chimbu that they are deferring the election until Wednesday. They had issues with most of their seats, numbers astronomically increasing and decreasing, it should have been sorted out years ago.

“The Electoral Commission has failed miserably.”