Port Moresby has been hit by major electoral disruption on the day voters were expected to head to the polls, writes Stefan Armbruster.

All voting in the Papua New Guinea capital due to start on Tuesday has been suspended, and three returning officers detained after allegedly being caught smuggling ballot boxes and carrying a quantity of cash.

The one day of voting allocated to Port Moresby has now been deferred to Friday. 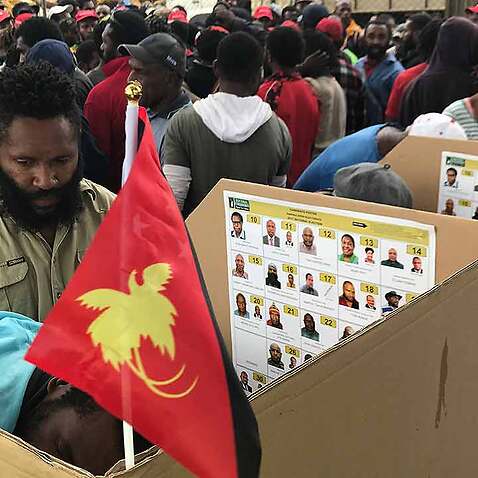 The country's election Commission took to Twitter to amke the announcement:

“Please put out an urgent public announcement advising voters in the nation’s capital that polling for all the three electorates for NCD now deferred to Friday 30 June due to issues with camping (sic) allowances for polling officials,” the Election Commission said in an email at 937 this morning.

Police in the Port Moresby National Capital District detained several election officials and seized ballot papers from their vehicles outside a polling station this morning, and they are now being held at the Boroko police station.

The election commissioner is due to give a press conference later on Tuesday.

Delayed voting in the capital comes after only one of four Highlands provinces started their one day of allocated voting on Monday - in what was supposed to be the beginning of two weeks of widespread national polling.

Disputes over the electoral role and the controversy over the numbers of ballot papers issued saw voting deferred until Tuesday at the earliest in Chimbu, Hela and Western Highlands.

Sporadic voting occurred in the Eastern Highlands but some polling stations were only open for a couple of hours.

Goroka University vice-chancellor and thousands of students in the Eastern Highlands capital complained they had been left off the electoral roll despite applying to be registered.