The 'ringleaders' in a stand-off at the Manus Island detention centre have been warned by the Papua New Guinea government to move on or face being 'apprehended'.

Papua New Guinea has warned asylum seekers leading the stand-off in the Manus Island detention centre will be "apprehended" as it dismissed calls to reopen the centre.

"Those involved in disruption have been identified and appropriate means will be used to apprehend individuals who are causing unnecessary anxiety and violence," Prime Minister Peter O'Neill said in a statement.

About 600 men are barricaded inside the centre which officially closed last week.

Mr O'Neill said the centre had fulfilled its purpose to process asylum claims and it was time for the men to move onto new accommodation facilities. 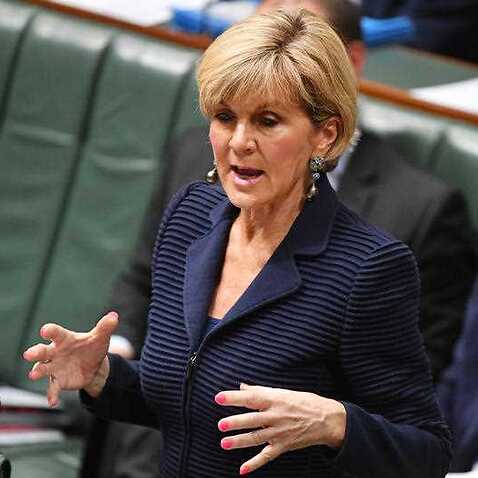 "The centre will not be reopened and it will be returned to its former function as a defence force facility," he said.

The PNG leader said the government had no choice but to "intervene for the well-being of both the refugees and non-refugees".

"Their actions are now heading towards a law and order situation, as well as a hygiene and sanitation problem, and it will be dealt with as such, whether they are genuine refugees or not," Mr O'Neill said.

"Now that the processing of asylum claims has been completed, the relocation exercise is taking place where there is a separation of genuine and non-genuine refugees."

The new accommodation had better facilities than the closed centre, he said.

"Our government and the people of Manus are asking all refugees and non-refugees to behave in a peaceful and orderly manner," Mr O'Neill said.

Kurdish refugee Behrouz Boochani said it was an unacceptable premise, adding those resisting were doing so out of their own will.

"They are people, they have minds (of their own) – this is their decision.

Mr Boochani said the resolution would not stop him from doing his job as a journalist.

But he also doubted whether the government would use force to move the men.

"I don't think they will do this because the world is watching them," Mr Boochani said.

"But if they do this we can't stop them they have power and they can do that. They are powerful people and we are helpless."