Hundreds of thousands of Catalan independence supporters clogged one of Barcelona’s main avenues on Saturday to demand the release of separatist leaders held in prison for their roles in the region’s banned drive to split from Spain.

Wearing yellow ribbons on their lapels to signify support, they filled the length of the Avenue Marina that runs from the beach to Barcelona’s iconic Sagrada Familia church, while the jailed leaders’ families made speeches.

Catalonia’s two main grassroots independence groups called the march, under the slogan “Freedom for the political prisoners,” after their leaders were remanded in custody on charges of sedition last month.

The protest is seen as a test of how the independence movement’s support has fared since the Catalan government declared independence on Oct. 27, prompting Spanish Prime Minister Mariano Rajoy to fire its members, dissolve the regional parliament and call new elections for December.

An opinion poll this week showed that pro-independence parties would win the largest share of the vote, though a majority was not assured and question marks remain over ousted regional head Carles Puigdemont’s leadership of the separatist cause. 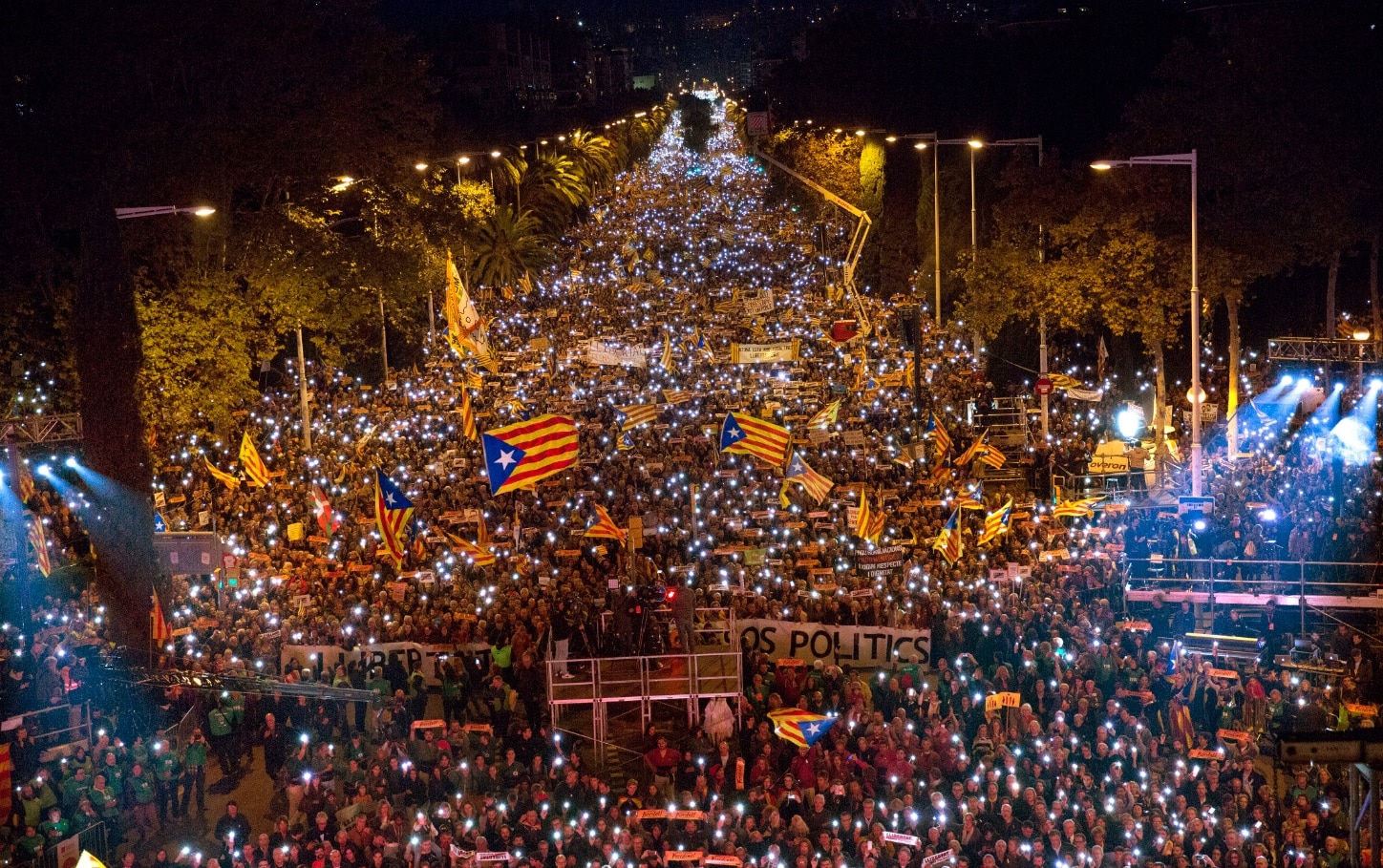 Demonstrators gather during a protest calling for the release of Catalan jailed politicians, in Barcelona, Spain, on Saturday, Nov 11, 2017.
AAP

Barcelona police said about 750,000 people had attended and many had come from across Catalonia. They carried photos with the faces of those in prison and waved the red-and-yellow striped Catalan independence flag.

The Spanish High Court has jailed eight former Catalan government members, along with the leaders of the Catalan National Assembly (ANC) and Omnium Cultural, while investigations continue.

“I hope your affection reaches the families and friends of the victims of this cruel sentence,” Omnium’s deputy head, Marcel Macri, told the crowd. 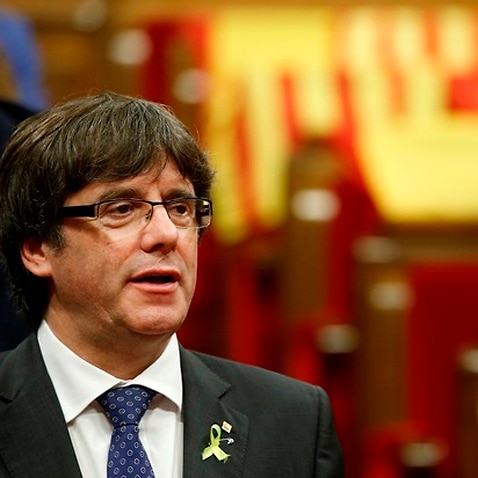 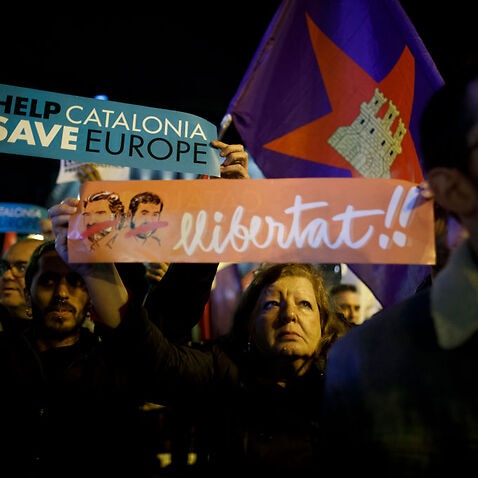 The High Court last week issued arrest warrants on charges of rebellion and sedition for Puigdemont, who flew to Brussels after being deposed, and four other former government members who went with him.

On Thursday, the Supreme Court ruled to release on bail the Catalan parliament’s speaker Carme Forcadell and four other lawmakers, who enabled the declaration of independence by overseeing a parliamentary vote. Another lawmaker was released without bail.

Forcadell left jail on Friday after agreeing to renounce any political activity that went against the Spanish constitution, in effect banning her from campaigning for independence in the December election.

Those terms threaten to undermine the independence movement just as cracks are starting to appear and tensions rise between the grassroots and their leaders.

Puigdemont’s PDeCAT party has failed to agree on a united ticket to contest the election with another secessionist party, the ERC, denting the pro-independence camp’s hopes of pressing ahead after the election.

On Saturday, the ERC said former Catalan vice-president Oriol Junqueras, one of those in jail, would be its candidate in December and would campaign from behind bars.

Pepita Sole, a 61-year-old pensioner in the crowd on Saturday, said she understood the Oct. 27 declaration was symbolic but now wanted the real thing.

“They better understand that we’re not faking.”