An Essential Research poll places Labor ahead to the Coalition on two-party-preferred terms.

A new poll shows the Coalition is trailing Labor on a two-party preferred basis, with Labor polling 51 per cent to the Coalition's 49 per cent.

The Coalition began its campaign fight behind the eight ball with voters less impressed with this year's budget than that of the Abbott-Hockey attempt in 2014.

Prime Minister Malcolm Turnbull pledged economic leadership when he ousted Tony Abbott eight months ago, however, the majority of voters are either against the Turnbull government's first budget, or apathetic about how it impacts them.

The Essential Research poll, shows only 20 per cent of voters approve of the Turnbull government's "economic plan".

In contrast, both the 2014 budget and 2015 budget had a higher approval rating at 30 per cent and 34 per cent respectively.

The poll showed 41 per cent of Liberal/National voters approve and 50 per cent of Labor and Greens voters disapprove of the budget.

Exclusive questions for SBS revealed half of those surveyed believe the Turnbull government’s first budget makes it harder for people saving for their retirement.

Those questions also revealed 63 per cent of people believe not enough has been done to support pensioners, the disabled and the unemployed.

Treasurer Morrison indicated in his budget-night speech why the government chose not to address negative gearing, and the majority of voters believe that potentially makes it harder or does little to help young people buy their first home.

Half of those surveyed said it didn't do enough to grow the economy; 62 per cent thought it wouldn't make the tax system fairer for all Australians; and 58 per cent said big business and the wealthy wouldn't pay their fair share of tax.

However voters welcomed the individual measures outlined in the budget, with substantial majority approval of addressing tax avoidance by multinationals (85 per cent), increasing tax on cigarettes (72 per cent) and internships for young employed (69 per cent).

The centerpiece of Treasurer Scott Morrison's first budget included a plan to reduce company tax, and 50 per cent of voters approved of that measure.

That figures is made up of 72 per cent Liberal/National voters and 36 per cent Labor voters.

Of the government's tax cut for people earning over $80,000, 55 per cent of those earning more than $1500 per week approved, the poll found.

When it came to who voters most trusted to handle Australia's economy between Treasurer Scott Morrison or his opposition counterpart Chris Bowen, Mr Morrison was the favourite.

As the opposition faces internal tensions over asylum seeker policy, with Labor's candidate for Melbourne questioning the party's stance, voters express approval of the hardline policy.

Of those surveyed 48 per cent opposed bringing asylum seekers from Manus Island and PNG to Australia.

However Australian voters are concerned with the facilities in which asylum seekers are forced to live in: 39 per cent believed Nauru and Manus Island are poor places to live, compared with the 32 per cent of respondents who approved with the offshore facilities.

The poll found Labor leads the Coalition on two-party-preferred terms 51 per cent to 49 per cent, with Labor's primary vote now at 38 per cent.

The opposition needs to win an extra 21 seats to win government. 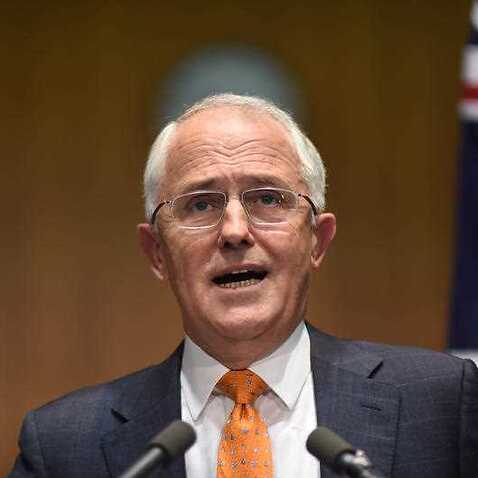 No deal with Greens, says Turnbull No Greens deal from Turnbull, Shorten