The initiative will consult every Catholic parish around the world on the future direction of the Church. 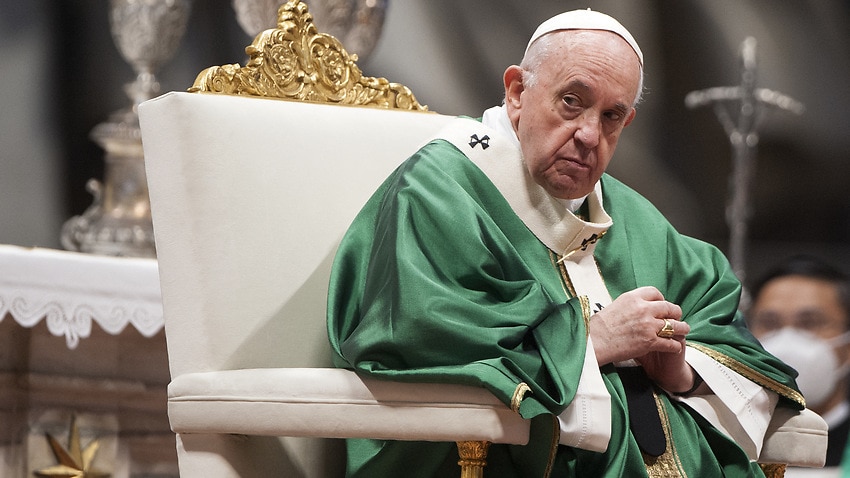 Pope Francis officially launched the process at a Mass in the Vatican. Source: AAP

Pope Francis on Sunday launched a two-year worldwide consultative process that could change the way the Roman Catholic Church makes decisions and leave its mark long after his pontificate is over.

Proponents see the initiative called "For a Synodal Church: Communion, Participation and Mission" as an opportunity to change the Church's power dynamics and give a greater voice to lay Catholics, including women, and people on the margins of society.

Conservatives say the three-stage process is a waste of time, may erode the hierarchical structure of the 1.3 billion member Church and in the long run could dilute traditional doctrine.

Pope Francis delivers his blessing to the faithful at St Peter's square in the Vatican. Source: AAP

At a Mass in St Peter's Basilica, Pope Francis said Catholics should have an open mind about the process.

"Are we prepared for the adventure of this journey? Or are we fearful of the unknown, preferring to take refuge in the usual excuses: 'It's useless' or 'We've always done it this way'"? he said in his homily.

Pope opens consultations on future of the church

In the first stage, Catholics in parishes and dioceses around the world will discuss issues such as whether the Church listens enough to young people, women, minorities, and those on the margins of society.

They also will discuss how to identify stereotypes and prejudices in their local communities and what type of Church they think God wants in today's world.

Following discussions at national and continental levels, bishops will meet at the Vatican for a month in 2023. They will prepare a document and then the pope will write an Apostolic Exhortation giving his views, suggestions and perhaps instructions on various issues.

"Let us not soundproof our hearts; let us not remain barricaded in our certainties. Let us listen to one another," the pope said at the Mass attended by about 3,000 people.

Francis has said that while there should be more consultation and mutual listening among the various parts of the Church, only popes can take the ultimate decisions on doctrinal matters.

In his homily on Sunday, he said synodality, which comes from the Greek and means roughly walking together on a common path, could not become "a Church convention, a study group, a political congress or a parliament, but rather a grace-filled event, a process of healing guided by the Holy Spirit."

Writing in the conservative United States Catholic journal First Things, which has often been critical of the pope, theologian George Weigel said it was unclear how "two years of self-referential Catholic chatter" would address problems such as diminishing Church attendance.

The progressive US-based National Catholic Reporter newspaper praised the initiative as a chance for more inclusiveness.

"It may not be a perfect process, but the Church is more likely to address the needs of the people of God with it than without it," an editorial said.