Pope Francis says he felt duty-bound to make what he called an "emblematic" trip despite the difficulties because the country "has been martyred for so many years".

Pope Francis called for an end to extremism and violence in his opening address on the first-ever papal visit to Iraq, long scarred by war and now gripped by coronavirus.

The 84-year-old is defying a second wave of the global pandemic and renewed security fears to make a "long-awaited" trip to comfort one of the world's oldest Christian communities, while also deepening his dialogue with Muslims. 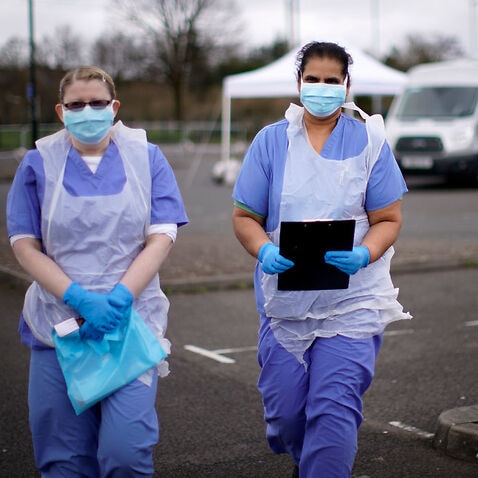 "May there be an end to acts of violence and extremism, factions and intolerance!" urged Francis in the stirring address, his first after arriving in Iraq.

Francis landed in the afternoon at Baghdad's International Airport, where he was greeted by Prime Minister Mustafa al-Kadhemi, as well as groups showcasing Iraq's diverse folklore music and dance.

He then met with President Barham Saleh - who had extended the official invitation to the pontiff in 2019 - as well as other government and religious figures. Pope Francis arrives at the Syro-Catholic Cathedral of Our Lady of Salvation in Baghdad, Iraq.
AAP

At the imposing presidential palace, the head of the world's 1.3 billion Catholics gave a moving address, stressing the deep roots of Christianity in Iraq.

"The age-old presence of Christians in this land, and their contributions to the life of the nation, constitute a rich heritage that they wish to continue to place at the service of all," said Pope Francis.

He also urged Iraqi officials to "combat the scourge of corruption, misuse of power and disregard for law," in a country consistently ranked one of the most graft-tainted by Transparency International.

"It's impossible to imagine the Middle East without Christians," said Saleh, while meeting the Pope. "Our region will not see any success unless it guarantees the return of its Christians, without hate."

"Here, among so many who have suffered, my thoughts turn to the Yazidis, innocent victims of senseless and brutal atrocities," he said.

Just like Iraq's Christian population, the esoteric Yazidi community was ravaged in 2014 by the Islamic State (IS) group's sweep over much of northern Iraq.