Scientists are taking clues about the formation of the universe from the recent exploration of a potato-esque formation called the Arrokoth.

A vaguely hourglass-shaped icy object called Arrokoth residing in the far reaches of the solar system - the most distant body ever explored by a spacecraft - is giving scientists intriguing clues about the formation of the planets including Earth.

Scientists offered the fullest description yet of the composition and origin of Arrokoth based on data from NASA's New Horizons spacecraft, which whizzed past it last year.

Arrokoth, located 6.6 billion km from Earth in a region beyond the planet Neptune called the Kuiper Belt, boasts a uniformly reddish surface that is smooth and undulating with few craters. It is coated with frozen methanol - a type of alcohol - and unidentified complex organic molecules.

About 36 km long and 20 km wide, it is classified as a planetesimal, objects that were among the solar system's original building blocks.

These small bodies coalesced at an early stage of the solar system's formation some 4.5 billion years ago and are a key intermediate size step on the way to building planets. 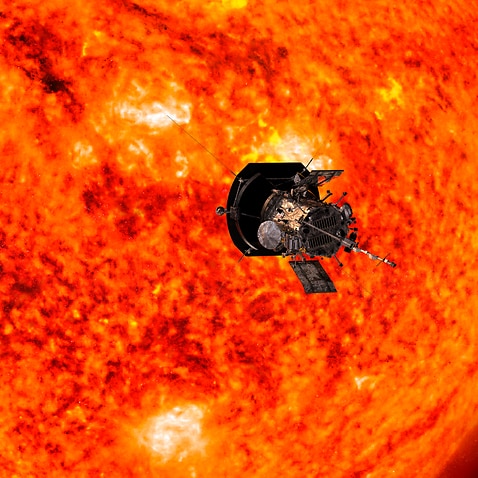 Arrokoth is comprised of two lobes looking somewhat like giant wheels of cheese fused together by a bridge.

"It consists of two bodies that appear to have formed in orbit around each other from a local dust cloud, which collapsed under its own gravity within the solar nebula - the huge disk of dust and gas that the solar system formed from.

"The two bodies then spiraled in together and merged very gently," said astronomer John Spencer of the Southwest Research Institute in Colorado, one of the researchers in the study published in the journal Science.

This suggests that planetesimals formed in localised conditions in which collision speeds were slow rather than from a gradual assembly of widely dispersed objects growing by randomly colliding with each other at higher speeds.

"So we now have a clearer picture of how planets, including the Earth, were built," Mr Spencer said.

"Planetesimals previously visited by space probes were all badly battered by impactors or cooked by approaching too close to the sun. So it is thrilling to finally be able to see one still pretty much just as it was after its formation," said planetary scientist and study co-author Will Grundy of Lowell Observatory in Arizona, a New Horizons mission co-investigator.

Arrokoth is one of the thousands of small icy bodies inhabiting the Kuiper Belt, the solar system's vast "third zone" beyond the inner terrestrial planets and the outer gas giant planets. Its name is a Native American term for "sky."