New Zealanders could be a step closer to getting a new flag after the first phase of a two-part referendum has wrapped up, but many people are not in the mood for change.

The black and blue Southern Cross silver fern design is the preliminary favourite to go up against the current New Zealand flag at a referendum in March.

It will go up against the present flag in a second referendum in March next year.

Voting for the five designs closed on Friday. Preliminary results released by the Electoral Commission put the favoured flag with 50.53 per cent of the votes. Its close rival, the blue and red Southern Cross silver fern, gained 49.47 per cent.

Referendum forms showed pictures of the five flags and asked voters to rank them in order of preference. 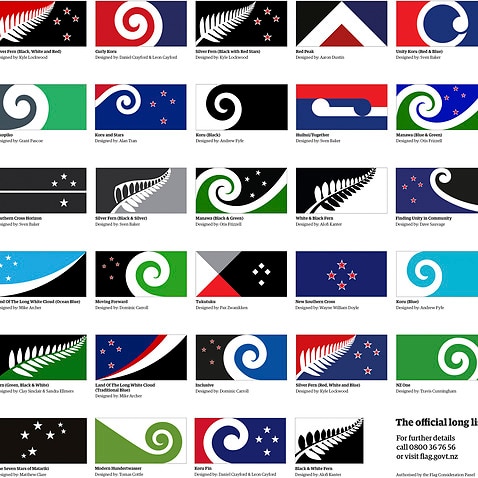 Voting began on November 20. The official result will be announced on Tuesday and include votes NZ Post date-stamped before voting closed.

"While this is a preliminary result, New Zealanders can now turn their attention to deciding whether to keep the current flag, or replace it." 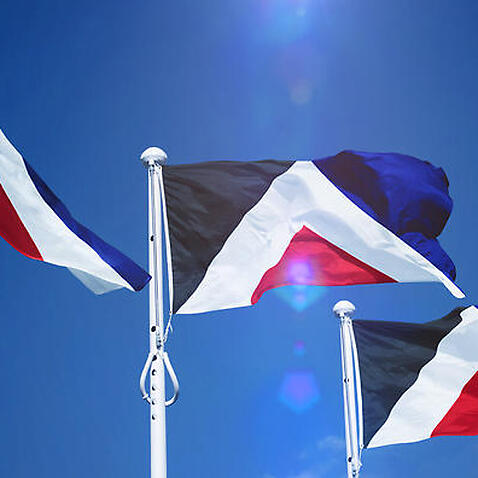 It was Prime Minister John Key's decision to put a flag change in front of voters and let them decide.

More than 10,000 entries, including flags bearing the native kiwi bird and sheep, were whittled down to a short-list of five and the vote on Friday is aimed at settling on the favourite.

The campaign has been fiercely criticised by opposition parties.

Those seeking change say the flag is too closely tied to New Zealand's history as a British colony and looks far too much like Australia's flag.

But people opposed to change say wars have been fought and New Zealanders have died under the current flag.

"I think it's an absolute waste of tax-payers money and I can't see any benefit to it," said Wellington resident Sue Parrott.

"I have no problem with the current flag, it's part of our heritage."

How New Zealanders ranked the flags: