Record store employees where Prince visited five days before his death say the Purple Rain star was pale and weak when he came in to buy some albums.

It's been claimed Prince appeared "pale" and "weak" during one of his last public appearances amid reports the music superstar stayed awake for 154 hours before his death.

Employees at the Electric Fetus record shop in Minneapolis said the musician did not look "in the best shape" when he visited the store five days before he was found at his Paisley Park estate.

Prince's brother-in-law Maurice Phillips has reportedly claimed the singer had worked for six days without sleep when friends and family held a private service at the compound on Saturday.

Phillips, who is married to Prince's sister Tyka Nelson, is said to have told fans outside Paisley Park: "He worked 154 hours straight. I was with him just last weekend. He was a good brother-in-law." 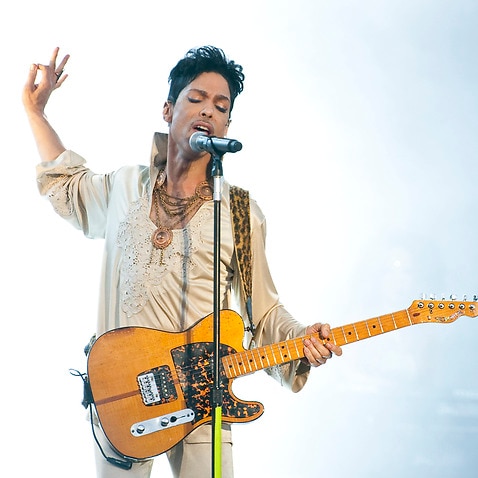 Electric Fetus staff member Max Timander said Prince visited a day after the Purple Rain star had been rushed to hospital when his plane made an emergency landing in Atlanta, Georgia.

Celebrity news website TMZ have reported that he had overdosed on a painkiller called Percocet at the time.

"Everyone I've talked to on that Saturday said he looked kind of pale and he was not totally looking in the best shape as he normally is," Mr Timander said.

"It sounded like he was looking kind of weak. I know he had just got over the flu supposedly." Factbox: The life of Prince in music and film

Factbox: The life of Prince in music and film

Chanhassen mayor Denny Laufenburger said discussions were underway to hold a public service in Prince's honour in the Minneapolis area.

A private funeral service at a local church is expected to be held in early May, he said.

Prince was found collapsed in a lift by staff members on Thursday morning, more than 12 hours after he was last seen alive when he was dropped off at Paisley Park. The 57-year-old singer was pronounced dead at the scene.

Police are investigating whether foul play was involved in Prince's death after authorities said they had "no reason to believe" he killed himself and there were "no obvious signs of trauma" on his body.

According to Electric Fetus, the six records bought by Prince during his final visit were Talking Book by Stevie Wonder, The Time Has Come by The Chambers Brothers, Hejira by Joni Mitchell, Inspirational Gospel Classics by Swan Silvertones, The Best Of Missing Persons and Santana IV by Santana.