Protesters have stormed into a Melbourne council meeting for a second time since it cancelled Australia Day celebrations.

Activists interrupted question time at a Moreland Council meeting in Melbourne's north, with members carrying a fake coffin draped in the Australian flag.

A video of the incident shows security guards attempting to block activists, believed to be part of right-wing group Patriots Blue, from entering the room before a large number of protesters burst through the door with megaphones.

One council member can be seen placing her hands in front of her face to block a protester filming her and Mayor Helen Davidson was also captured on camera firmly telling the activists to "get out". 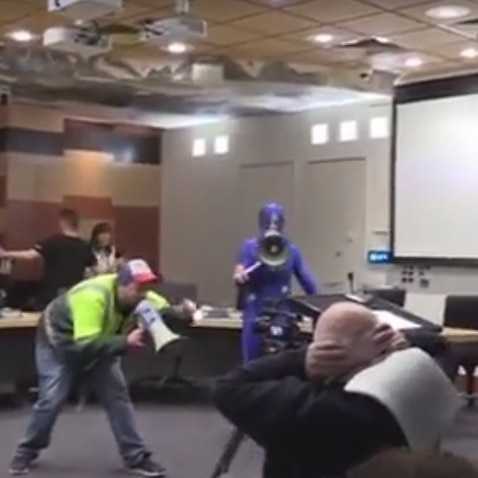 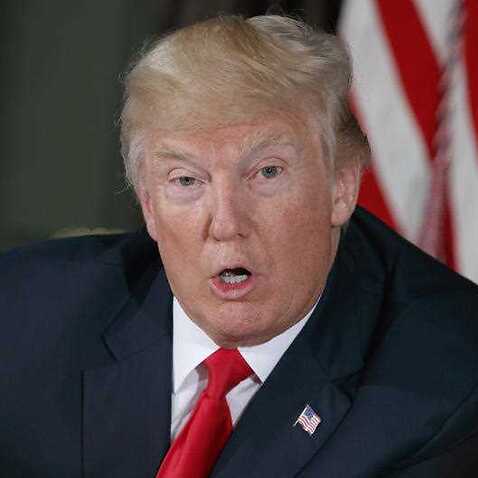 Council members were eventually forced to flee the chambers after the protesters filed in while yelling: "You are traitors".

The activists eventually unfurled a banner reading, 'save the date' with a coffin reading 'R.I.P'.

"Security escalated a peaceful situation with their heavy-handed tactics while not even wearing security tags - the Moreland Council think they are above the Law and above their voters," a caption posted to Patriots Blue's Facebook page read.

"The voters were not asked about the changes to Australia Day."

Mayor Helen Davidson told SBS News in a statement the police were notified and the council would not be pressured into changing its views that represent the community.

"Moreland’s monthly council meeting has been interrupted for the second month in a row by a group of intruders protesting against councils stance on Australia Day," the statement read.

"This group not only tried stopping a democratically constituted forum from proceeding with important community business, but did so is an aggressive manner.

"My own mother was in the gallery and was distressed by the behaviour of this group and I feared for her safety.

"The council meeting continued after the interruption. We will not be terrorised into changing decisions reached through a democratic process. We know our community and represent it truly."

Moreland City became the third Victorian council to stop referring to January 26 as Australia Day and has been the target of angry protests inside council chambers.