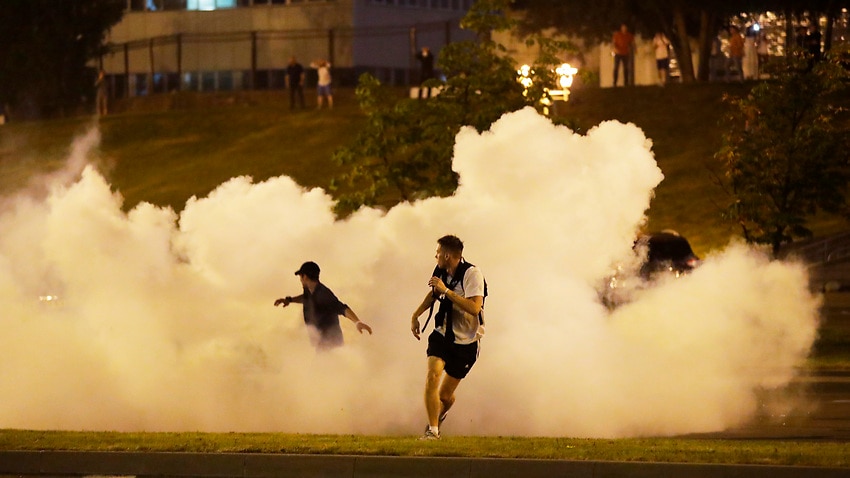 Helmeted police blocked off streets and at least 10 people were detained in one spot in Minsk, a Reuters witness said, while local media reported detentions and clashes between police and protesters in other cities.

A former Soviet collective farm manager, the authoritarian Mr Lukashenko has ruled the country since 1994 but has battled a wave of anger over his handling of the COVID-19 pandemic, the economy and his human rights record.

Sviatlana Tsikhanouskaya, candidate for the presidential elections, poses for photographers as she casts her ballot. Source: AAP

People queue to cast their votes in the Belarusian presidential election in Minsk, Belarus. Source: AP