The first instalment of George Pell's 1,000-page prison diary is likely be released in 2021, says Catholic publisher Ignatius Press, which has asked subscribers for donations to get the book off the ground amid the cardinal's legal debts.

Cardinal George Pell is set to publish his prison diary musing on life in solitary confinement, the Catholic Church, politics and sports.

Catholic publisher Ignatius Press says the first instalment of the 1,000-page diary would likely be published in 2021.

Ignatius' editor the Rev Joseph Fessio sent a letter to email subscribers asking for donations, saying Ignatius wanted to give Cardinal Pell "appropriate advances" for the diary to help offset his legal debts. George Pell says he was a 'scapegoat', warns of one-sided justice system in first TV interview since acquittal

The publisher envisages putting out three to four volumes and the diary becoming a "spiritual classic".

In the diary, Cardinal Pell muses on everything from his conversations with lawyers about his case to US politics and sports and his reform efforts at the Vatican. 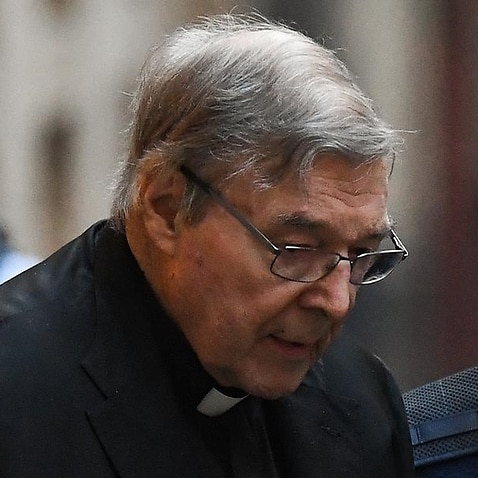 Cardinal Pell served 13 months in prison before the High Court in April acquitted him of sexual abuse charges involving two choirboys at Melbourne's St Patrick's Cathedral during the 1990s.

Earlier this year, a royal commission looked into Cardinal Pell's knowledge of abuse allegations of a Ballarat priest and a Melbourne bishop in the 1970s and 1980s. It found that he knew a priest was moved because he had sexually abused children and he should have done more about an unstable priest in another Victorian parish.