Push for AFL clubs to host their own pride games

The AFL is encouraging sports clubs across the country to host their own Pride Cup to promote LGBTIQ+ inclusion and acceptance. 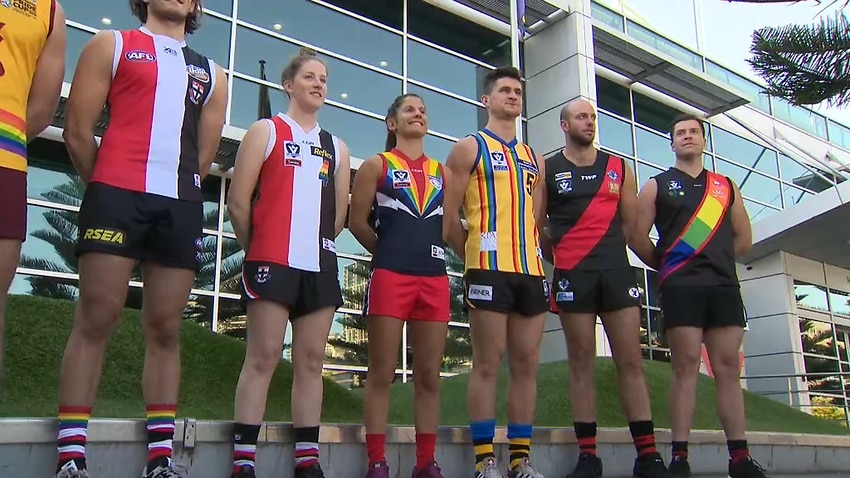 The third Pride Game between St Kilda and Sydney will be played this weekend at Docklands stadium. Source: SBS News

The third Pride Game between St Kilda and Sydney will be played this weekend at Docklands stadium but the code is encouraging grassroots sports clubs to take up the initiative.

“Six years ago, I would never have imagined that I would be standing with rainbow flags at AFL House,” Pride Cup co-founder Jason Ball said at a press conference on Wednesday.

A VicHealth survey of more than 3,700 fans found that nearly three out of five participants had experienced or witnessed homophobia or transphobia at an AFL game.

It’s hoped that this latest initiative can be a catalyst for change.

“That will be a call out for all sporting clubs to get involved and run a pride cup,” St Kilda rookie Hunter Clark said.

“To make sure that everybody in their club, no matter their sexuality or gender identity, will be accepted.”

Today we are proud to launch our #WEAREPRIDECUP campaign, calling on community sporting clubs from all around Australia to sign up to host a Pride Cup in 2019.

The annual AFL Pride Cup this weekend will feature a video #WEAREPRIDECUP as part of a celebration of diversity.