Prime Minister Malcolm Turnbull says Russian President Vladimir Putin is not someone to be admired.

But Malcolm Turnbull says Russian President Vladimir Putin and the stronghold he has on his country should not be admired. 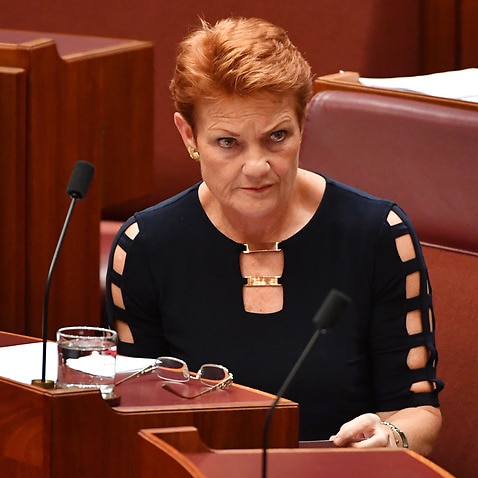 One Nation leader Senator Hanson said Mr Putin was "a strong man" who she respects a great deal.

"He is very patriotic towards his country, the people love him, he is doing so well for the country," she told ABC TV on Sunday.

"So many Australians here want that leadership here in Australia. They want a leader here to stand up for the people and fight for this nation."

But the prime minister pointed out Russia was subject to international sanctions over its role in shooting down the Malaysia Airlines flight MH17, killing 298 people including 38 Australians, and for invading Ukraine.

"Vladimir Putin's Russia is not and should not be an object of admiration in any respect," Mr Turnbull told reporters in central Queensland town Barcaldine.

"It should withdraw from the territory it's occupied in the Ukraine and it should provide the information that we know they have on the identity of the people who shot down the MH17 airliner and in doing so murdered 38 Australians."

Senator Hanson said the downing of the flight in 2014 was disgusting but queried the proof of Mr Putin's influence.

"Did he push the button?" she asked.

"It's quite extraordinary that someone so undemocratic, someone who it would appear has been involved in the deaths of so many Australians would be a hero of Senator Hanson," he told reporters in Melbourne.