The debunked far-right QAnon conspiracy theory will soon have a voice in the US Congress. 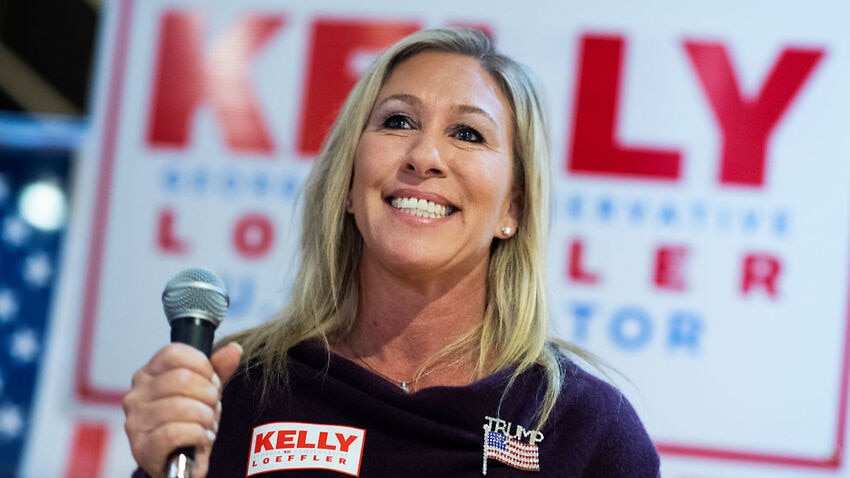 A woman who has promoted the baseless conspiracy theory QAnon and made Islamophobic and anti-Semitic comments has won a seat in the US Congress.

Marjorie Taylor Greene, who had never run for political office before, took out Georgia's 14th Congressional District on Wednesday (AEDT), earning herself a seat in the US House of Representatives.

"BIG WIN TONIGHT!" the 46-year-old said on Twitter as the results dripped in.

THANK YOU to the people of NW Georgia for choosing me to fight for them in Washington, DC!#gapol #ga14 #SASS #MAGA #KAG pic.twitter.com/mAojB8cw60

The Georgian Republican ran unopposed in the conservative district after her Democratic opponent quit the race for family reasons.

The QAnon movement is a baseless and widely debunked conspiracy theory that posits President Donald Trump is fighting a global cabal of child sex predators.

In a 2017 Facebook post she called “Q” - the leader of the movement - a “patriot”. She’s also tweeted phrases in support of QAnon.

The FBI has declared QAnon a domestic terror threat.

Ms Greene’s campaign slogan was “Save America, Stop Socialism” and in a promotional video claimed “Antifa terrorists have declared war on America”, before cocking an AR-15 rifle.

New ad airing from Marjorie Greene, running in GA-14. She has three ads on air, but this is the only that mentions #Antifa #GApol pic.twitter.com/gkekyKRq9y

The ad was removed by Facebook for violating its politics around promoting guns.

In Facebook videos surfaced by Politico, Ms Greene said "there is an Islamic invasion into our government offices right now" and that African Americans were “held slaves to the Democratic Party”.

QAnon crept up three years ago on the fringes of social media but has since spilt into the mainstream thanks to widely shared posts on platforms such as Facebook and Instagram.