Queensland students who marched against a lack of action on climate change say that the issue is more important than a school day. 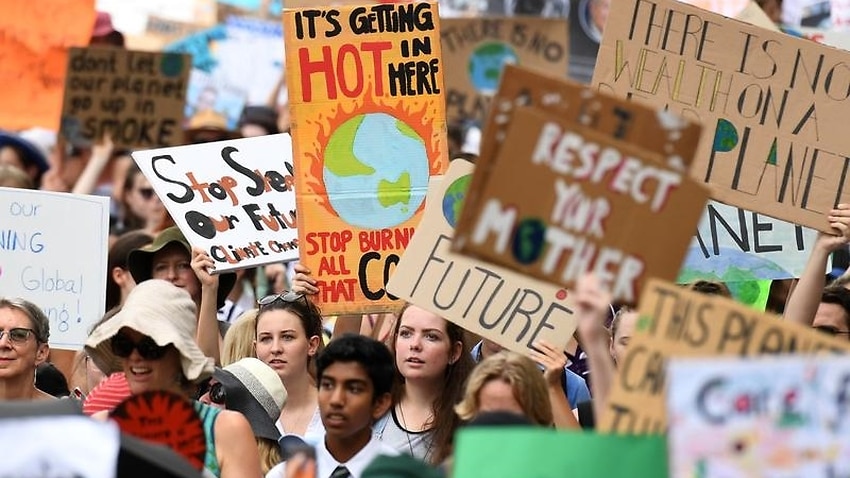 What's the point of going to school if you face an uncertain future under the threat of climate change?

That was the message of students who walked out of classrooms to march on the Queensland parliament in protest to a lack of government action on the issue on Friday.

Organisers estimated between 7000 and 10,000 people took part in the protest, an almost-tenfold increase on last year's Brisbane climate strike.

Queensland political leaders said the students should have marched outside of school hours, but students argued the protest was more important than one day of school.

"There's no point working towards a future if we're not going to get one."

Organiser Alesha Rodriguez said she was surprised by the turnout which was estimated as between 7000 and 10,000 people.

"At the strike last year we had about a thousand people," she said.

"It just demonstrates that this is something that is on the forefront of young people's minds that they're willing to sacrifice school to do this."

Premier Annastacia Palaszczuk said she did not agree with skipping school to demonstrate.

"I honestly believe a weekend would have been a great opportunity for not just students, but for families and the broader public in general to support issues around climate change," she said on Friday.

Opposition leader Deb Frecklington agreed the students should be in school.

"Kids should not be striking, kids should be doing what these kids are doing and in school and learning," Ms Frecklington said.

Further Queensland protests are set to take place in cities and regional centres across the state including Townsville, Mackay, Bundaberg, Sunshine Coast, Gold Coast and Beaudesert.