The Australian Human Rights Commission has questioned whether the federal government can let PNG assume full responsibility for the more than 120 men still being processed there while adhering to its rights obligations. 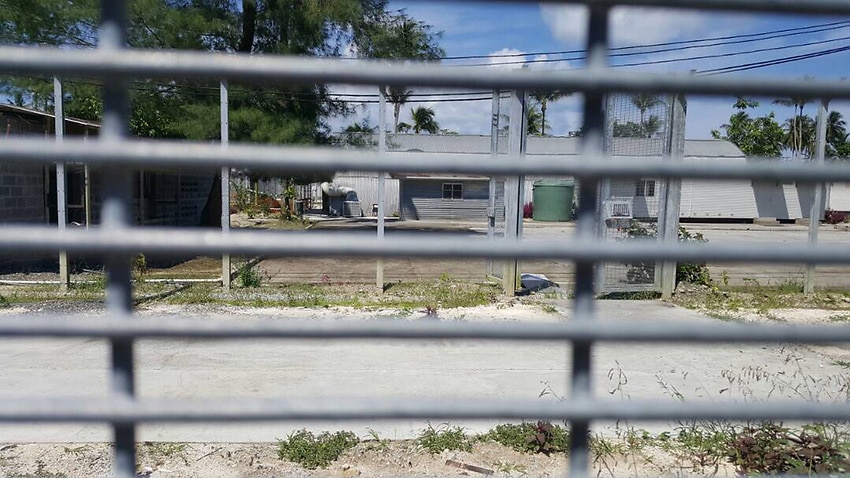 An image of the Manus Island Detention Centre on PNG on 31 October 2017, ahead of its closure. Source: Abdul Mohammad

The end to eight years of Australia's detention of asylum seekers in Papua New Guinea has raised concerns for the United Nations' refugee agency and Australian Human Rights Commission.

The AHRC has also questioned whether the Australian government is able to relinquish full responsibility for the more than 120 detainees who remain in PNG while still adhering to rights and refugee treaty obligations.

In a joint statement on Wednesday, the Australian and PNG governments announced their offshore detention arrangements would end in December this year.

All future asylum seeker boat arrivals would be sent to Nauru as the sole Australian regional processing centre, the governments said, and PNG would “assume full management of regional processing services … and full responsibility for those who remain”.

There are still 124 men in PNG, down from a peak of more than 1,500, with dozens held in Port Moresby recognised as refugees under the UN Refugee Convention.

Refugee advocates on Wednesday accused Australia of abandoning the detainees who remain in PNG.

The AHRC says it holds "serious concerns" the upcoming move will see Australia in breach of its human rights obligations.

In a statement, it said that under the UN Refugee Convention, “obligations remain even if Australia transfers people to a third country for their claims to be processed”.

The AHRC said it also now holds concerns about people being returned to countries against their will, arbitrary detention, a lack of “robust independent monitoring mechanisms”, the health and safety of people in detention, and living conditions in PNG.

The commission said Australia should process all asylum seekers onshore.

The United Nations High Commissioner for Refugees has also voiced concern over the move.

“Australia’s withdrawal from its offshore arrangements in Papua New Guinea ought to be welcome news. Sadly, it is happening without confirmed viable long-term solutions for many of the individual refugees and asylum seekers it will affect,” the UNHCR said in a statement.

The agency said it has long “advocated against policies under which states externalise asylum and protection obligations” and highlighted “grave risks to the global refugee protection regime when countries seek to shift their responsibilities onto others, typically developing nations where refugee protection standards are poor”.

The UNHCR has also expressed concern over a new memorandum of understanding signed last month between Australia and Nauru to extend offshore processing there indefinitely, saying it is “not a long-term solution”.

Asked by SBS News about whether Australia should maintain responsibility for the detainees and whether the move is in keeping with human rights and international refugee treaty obligations, the Department of Home Affairs said: “Regional processing arrangements in PNG and the management of individuals under those arrangements has always been the responsibility of the PNG government – this has not changed”.

A number of Australian federal court and coronial inquests into offshore processing deaths on Manus Island have in judgments and findings stated the “duty of care” for asylum seekers remains with the federal government.

PNG has for years been trying to extract itself from involvement with Australia’s offshore processing, which is seen as a stain on the country’s international reputation.

The Post Courier newspaper headline about the announcement. Source: Suppied

“I don’t believe that was the agreement. The intention was not for PNG to be held accountable for this illegal immigration to our country,” Mr O’Neill is quoted as saying.

Former Australian prime minister Kevin Rudd, who initially signed Australia up to the offshore arrangement in 2013, has previously told SBS News the deal was intended to last for one year and not renewed by successive governments over eight.

In the joint statement announcing the new arrangements on Wednesday, Australia said it will “support anyone … who wishes to voluntarily transfer to Nauru” and PNG will “provide permanent migration pathways for those wishing to remain … including access to citizenship, settlement packages and family reunification”.

Australia maintains its border protection policy has not changed.