Queensland University of Technology students Austin Wilshire, 18, and Bernd Hartzer, 24, may have done their future employment prospects a huge favour after designing a mock census server which could handle four million requests per hour, as opposed to the IBM server employed by the ABS which only registered 1.3 million submissions on census opening night last week.

After two days at their desks and set-up costs of $500, their design was tested and proven during a hack-a-thon competition organised by QUT student group The Code Network.

Their method involved creating the website Make Census Great Again and testing its load capabilities using cloud services which spread the amount of people accessing the site over a plethora of servers as the demand increases.

This design differed from the $9 million ABS' closed computer server system, which on August 9 encountered a series of "distributed denial of service" errors, or DDOS, which occur when multiple users flood the resources of a targeted system.

Mr Wilshire, a first-year IT student, said he was surprised that the ABS server didn't employ similar technology.

“When we were working through it, we found it weird about how simple it seemed," he told SBS.

"We thought we were missing something or they missed something. Obviously there are a lot of privacy policies and laws that we didn’t have to worry about, or get restricted by." 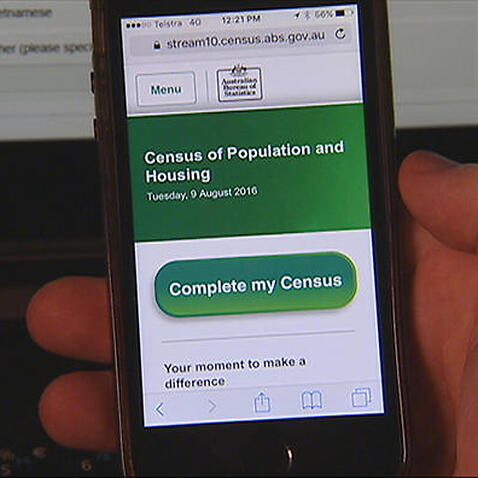 Despite considering it a "huge achievement", Mr Wilshire said their design only looked at one aspect of a large process.

“IBM went with older, more proven technology. There’s nothing wrong with that," he said.

“Despite this, It feels really good to actually do something that makes a difference and something that has a chance to make a change to more than just Queensland, but that also has a national effect."

Their design took first place at the competition. 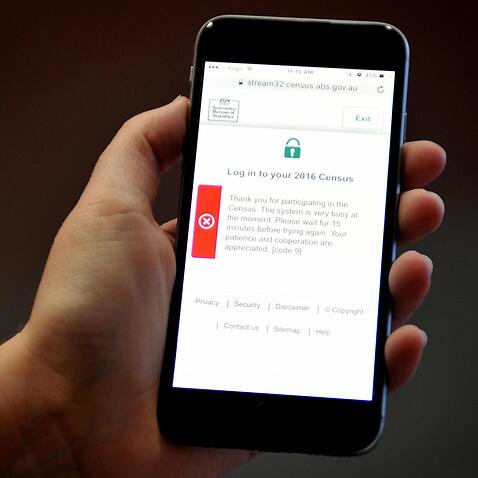 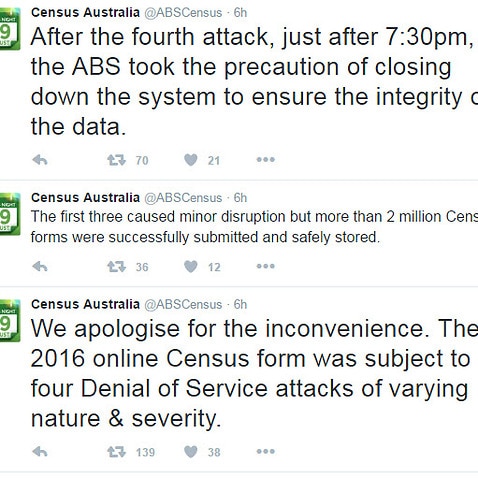 Census semantics: was the website crash a cyber 'attack' or not?