The public are being asked to name a rare albino orangutan rescued in the Indonesian part of Borneo island, with conservationists saying she has become an 'ambassador' for the threatened species.

The white-haired, blue-eyed Bornean orangutan was saved in Kapuas Hulu district last month from villagers who had been keeping her in a cage.

The Borneo Orangutan Survival (BOS) Foundation, which is caring for the critically endangered ape, says it is the first time in its 25-year history that it has taken in an albino orangutan.

The group said the five-year-old remained "physically fragile", had a parasite infection and was wary of humans.

BOS said they wanted to find a name for her that was "worthy of her special situation".

"She has become an ambassador for her species and therefore we are asking the public to help us name her," said a statement from the group late Tuesday.

The orangutan is being cared for at BOS's rehabilitation centre, which is home to almost 500 orangutans.

The Bornean orangutan, which along with the Sumatran orangutan are Asia's only great apes, is classified by the International Union for Conservation of Nature as "critically endangered".

Their habitat has shrunk dramatically as the island's rain forests are increasingly turned into oil palm, rubber or paper plantations, and they are sometimes targeted by villagers who view them as pests.

People are asked to send suggested names for the albino orangutan to the email address name@orangutan.org.id or by using the hashtag #albinoorangutan on social media. A winner will be announced on May 15. 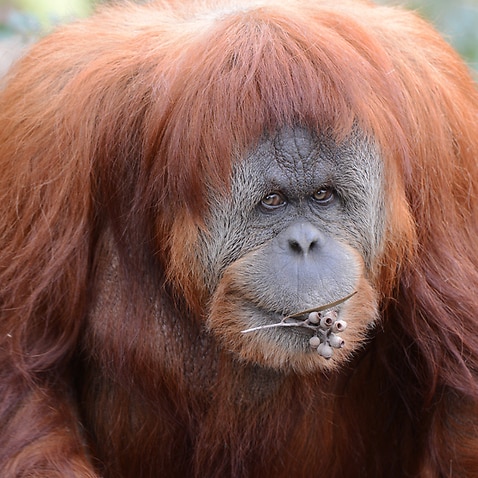 Orangutan on the pill falls pregnant at Adelaide Zoo 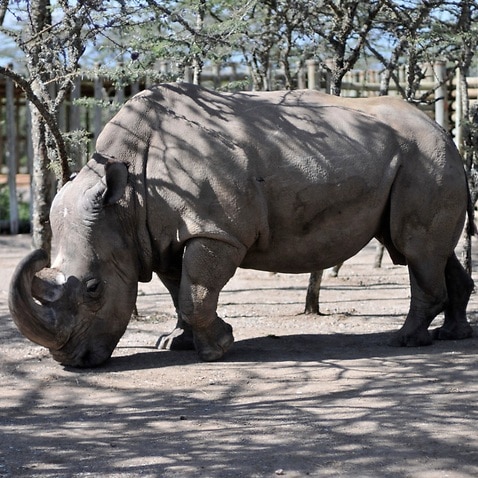