A climate change expert says the Great Barrier Reef remains under threat of extinction, despite a decision not to include it on UNESCO's 'in danger' list.

An Australian climate scientist has warned the Great Barrier Reef is not "out of the woods" even though it wasn't listed on UNESCO's "in danger" list.

The World Heritage Committee made the decision at its annual meeting in Poland on Wednesday.

It also endorsed the federal and Queensland governments' Reef 2050 Plan to manage and protect the ecosystem.

But Climate Council scientist Will Steffen says the reef is in danger and has little chance of surviving unless the federal government changed its policies. Professor Steffen says the strategy doesn't address climate change, and is being implemented while both tiers of government are supporting the controversial Adani coal mine in Queensland's Galilee Basin.

Environmentalists argue the mega-mine will increase greenhouse gas emissions at a time when there should be a focus on renewable energy.

Despite its endorsement, the World Heritage Committee expressed "serious concern" about the health of the reef.

It urged Australia to accelerate its efforts to improve water quality, describing it as "essential to the overall resilience of the property".

Queensland environment minister Steven Miles said the state government had committed to spending a record $63m to address the issue.

Federal Environment Minister Josh Frydenberg and Foreign Minister Julie Bishop said in a joint statement water quality was "critically important" and the government was committed to climate change targets in the Paris agreement.

The World Heritage Committee will next consider the health of the reef in 2020. 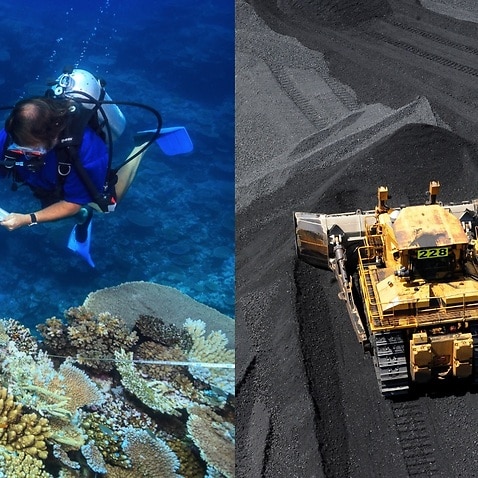