The stories of refugee children living in Australia have been turned into a heartwarming clay animation video that is inspiring teachers.

'Ali and the Long Journey to Australia' draws on the experiences and colourful illustrations of 13 students from Noble Park Primary School in Melbourne.

The stop-motion 'claymation' tells the story of a 10-year-old boy and his family’s search for safety after leaving their homeland on a boat. The project was sparked by research conducted by Monash University lecturer Mervi Kaukko.

Her investigation into what helps refugee students succeed in schools in Finland and in Australia led her to Noble Park Primary School.

According to principal David Rothstadt, more than 46 languages are spoken at the school and 90 per cent of students come from non-English speaking backgrounds. 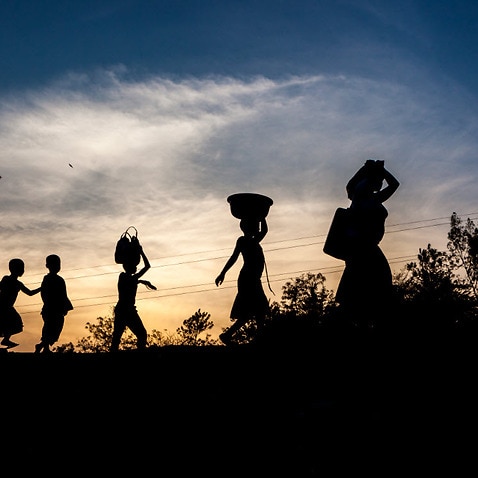 One person displaced around the world every two seconds: UN

Dr Kaukko eventually spoke to 13 thriving students from countries such as Pakistan, Cambodia and Myanmar who wanted to share their journey beyond academic papers.

“The idea for the book came from one of the girl’s I interviewed who said that it would be nice for more people to hear these stories,” Dr Kaukko told SBS News.

“We had some ideas. We knew what they all shared was they all came from different countries to Australia with a refugee background and the story is nobody’s own true story, but a combination of everybody’s stories and a bit of imagination as well.”

Dr Kaukko used a research method called story crafting to help the children integrate their stories into one project, which became an illustrated book.

Monash University’s Lara McKinley then teamed up with Melbourne based Clem Stamation to create an animated video using 2,500 still images.

The video was narrated by 10-year-old Nathan who was a co-creator of the book. But Dr Kaukko said one of the goals of the collaboration was to show that children with refugee backgrounds are the same as any other kids.

“I think the book and the animation they are all a story showing that these kids are just like any other kids,” she said.

“I think the story I would like this book to tell is that we should see the child behind the refugee label. These are not refugees, they are children … When we asked what kind of stories would you like this book to tell the world, they were hoping for understanding: that other kids would understand where they come from and the experiences they have had.”

The illustrated book is currently being used in Noble Park's reading program and Monash teachers are confident the video and book could be used to introduce students to refugee experiences.