Refugee settlement support services are preparing to assist thousands of refugees expected to come to Australia from Syria and Iraq.

With Australia set to take an extra 12,000 refugees from Syria and Iraq, settlement services are gearing up to meet increased demand.

They are well-oiled machines routinely helping refugees and have pledged there will be no diminishing of services.

It is refugee families like the Nissans from Syria that in the months ahead Australian settlement services will be increasingly assisting.

They were granted permanent refuge in Australia last year after spending time in Lebanon.

"Our conditions, what we lived in Lebanon and Syria, they were very bad," said the 35-year-old engineer. 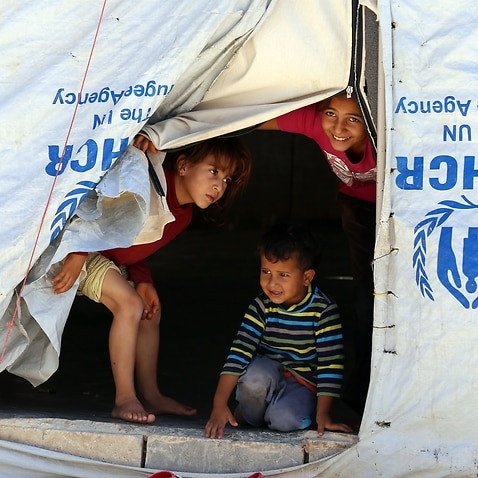 Syria, Iraq refugees to arrive in Australia in 2 months

Services preparing 'in the dark'

It is anticipated there will be people with very complex health needs among the thousands of extra Syrian and Iraqi refugees Australia is to take.

Health services are preparing to meet this demand, but at this stage have little information to work off.

On September 9 the Australian government announced 12,000 refugees would be coming from Jordan, Lebanon and Turkey, on top of Australia's existing annual humanitarian intake of 13,750.

Children, women and families will be prioritised, with the first group to arrive before Christmas.

The Australia group Doctors for Refugees said the timeline was tight and the federal government must urgently provide more information.

"There's been no follow-up information about what resources will be made available to already stretched systems," said Vice-President Professor Louise Newman.

The advisory committee faced with the massive task of getting things up and running before the refugees arrive is the Expert Panel on Asylum Seekers.

It has held high-level meetings, the first of which was attended by the Prime Minister Malcolm Turnbull.

"There has been a very high-level of good will from the federal and state governments, and all non-government and church based organisations," said Chairman Paris Aristotle.

"[They] are committing that the scale of services matches the scale of arrivals, as has happened with previous arrivals."

The New South Wales Service for the Treatment and Rehabilitation of Torture and Trauma Survivors expects many of the new arrivals to be suffering serious psychological distress.

"12,000 will almost double our intake for next year," said CEO Jorge Aroche.

“I think we are working in the dark.”

"Certainly additional resources will be necessary to ensure that people get the services that they need."

The Victorian refugee settlement agency AMES Australia said the sector had the knowledge and experience to respond well.

It cited the occasion organisations ramped up services to assist people fleeing the Balkans conflict, and the instance in 2013 when under the Gillard government Australia took an additional 7,000 offshore refugees in a matter of a few months.

"We don't always have a great deal of information about who is coming and when," said CEO Cath Scarth.

"So we are kinda quite prepared to deal with information when it gets to us, often at quite short notice."

The Assistant Minister for Multicultural Affairs is overseeing the settlement process, and was not available for an interview. 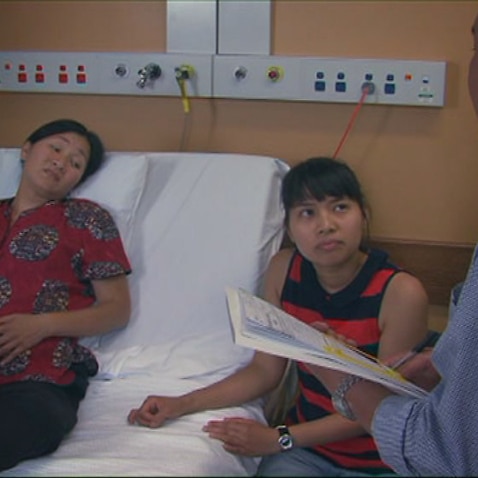 Migrants urged not to use relatives as interpreters in hospital