Treasurer Josh Frydenberg has again dismissed calls for JobKeeper to be reinstated, as two surveys show many Australians have been struggling financially and in insecure work. 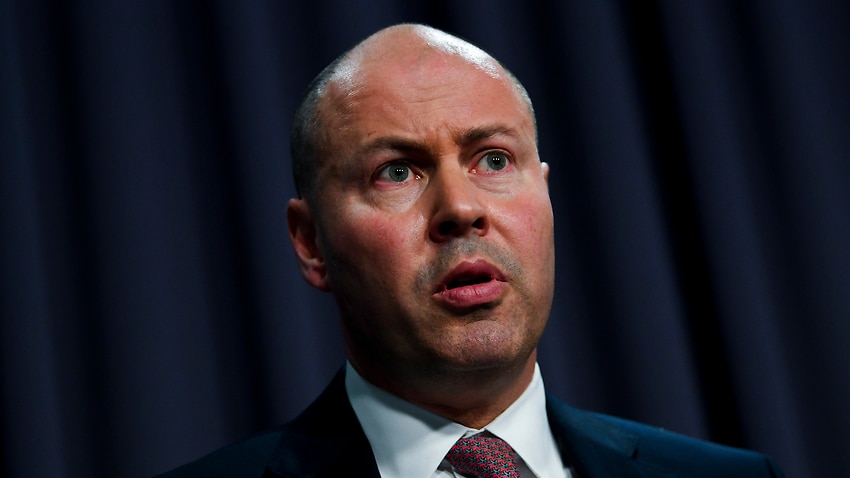 Treasurer Josh Frydenberg speaks to the media during a press conference at Parliament House in Canberra, Wednesday, July 7, 2021. Source: AAP

It dismissed as "grossly inadequate" the one-off COVID-19 Disaster Payments, starting at $375 per week and up to a maximum $600 for those who have lost more than 20 hours of work.

"The current disaster payment is less than the minimum wage and less than what workers received during lockdowns in 2020," she said.

NSW Treasurer Dominic Perrottet has appealed for the reintroduction of wage subsidies but Scott Morrison is resisting the call.

The prime minister told reporters on Sunday he was, however, "very open to considering how we deal with the situation as it further evolves".

Treasurer Josh Frydenberg again dismissed calls for JobKeeper to be reinstated on Monday.

"Our policies are never set and forget," Mr Frydenberg told reporters in Melbourne. "You never know what is around the corner, you need to be flexible, you need to respond to changing circumstances."

He said the emergency payments that are available - both income and business support - are very significant and designed to help Australians who are in need.

Sydney has entered its fifth week of lockdown after a weekend that saw two deaths, more than 300 new cases across NSW, and thousands of unmasked protesters march through the city centre.

Australia's youngest female COVID-19 death to date will be recorded in Monday's toll - a Sydney woman in her late 30s without pre-existing conditions who died in the early hours of Sunday.

Three regional NSW areas are locked down until at least 28 July.

Even before the latest round of COVID-19 lockdowns, which has seen half the population affected, many Australians were suffering financial stress or feeling insecure about their income and work.

These lockdowns in NSW, Victoria, and South Australia are costing the economy $300 million per day, which looks set to go into contraction in the September quarter.

Even if the economy bounces back in the December quarter and avoids a recession, two separate surveys suggest many people are doing it tough.

A new Ipsos poll found two in five Australians had experienced insecure work before the most recent lockdowns.

More than half those aged under 29 were faced with an insecure income, as were just under one in two among those aged between 30 and 49, according to the survey of 1,000 people.

The highest rates of income insecurity were reported in the ACT, NSW, and Queensland.

"These people are falling through the cracks. That will only get worse as lockdowns go on."

Read More
More coronavirus support is now available to people in NSW. Here's how you can access it

She said the JobSeeker payment is too low and too restrictive, and many people who work casually can't even get it.

"With so many people in insecure work, casual workers need more support," she said.

Ms Chambers said the payments must be lifted above to poverty line and should be extended to everyone who needs them.

"In NSW and Victoria, hundreds of thousands of people have been locked out of pandemic support payments because they are out of work, or because they were underemployed to begin with," she said.

"Anglicare Australia calls on the prime minister and national cabinet to fix this gap in our safety net and stand up for the people who are being hit the hardest by lockdowns. "

She said action also needs to be taken to make work more secure.

Meanwhile, a separate survey found almost half of Australians have experienced some financial stress.

The survey of 3,000 people commissioned by Your Financial Wellness found younger Australians and women were particularly impacted.

Co-founder of the Sydney-based data analytics platform Alex Hassall said owning your own home is the most important factor in increasing financial wellness but this is becoming more of a challenge for many.

"There's also a strong correlation between financial literacy and financial wellness," he said.